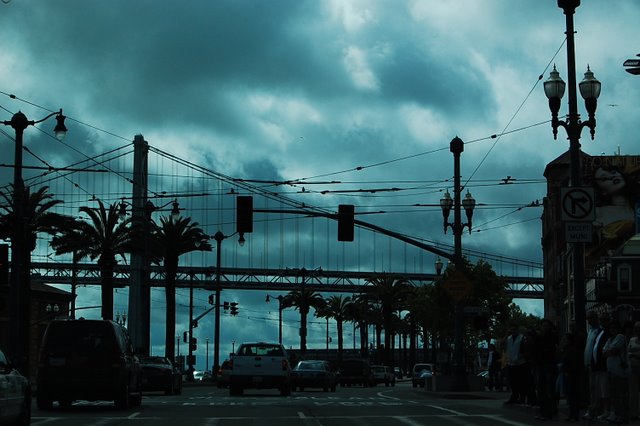 We took the Pacific Coast Highway all the way down to Los Angeles.  The Pacific Coast Highway is the most incredible road I’ve ever been on.  Because every time you hit a curve, you can see the Pacific Ocean on your right-hand side and you have mountains in the distance, and the whole way you’re thinking of a way to capture the ocean views in a bottle.  You snap, snap, snap away with your camera, but you can never do it justice, no matter how hard you try. 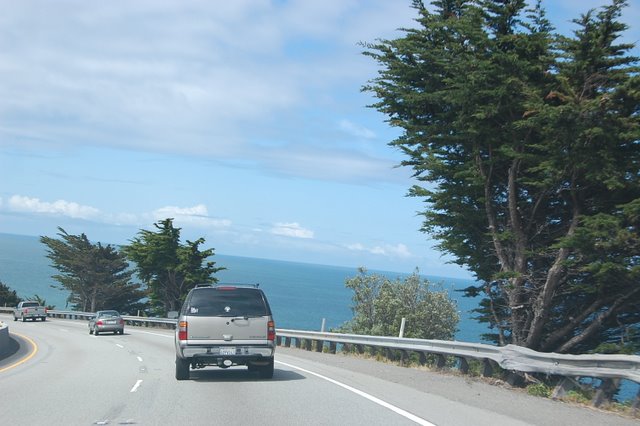 So we gawked for about two hours until we got out of the San Francisco metro area, and then we came upon a sign that said Organic Strawberries.  “Look!  Organic strawberries,” I proclaimed, and pulled over.  Since I was named after a strawberry and they kind of are in my masthead, it was only proper.

They were the best strawberries I have ever eaten in my life. Extremely sweet, but not in a ‘roids kind of way. They were naturally sweet, like they were actually grown by humans who care about strawberries instead of machines that will eventually give me the HIV.

When you go in the store, 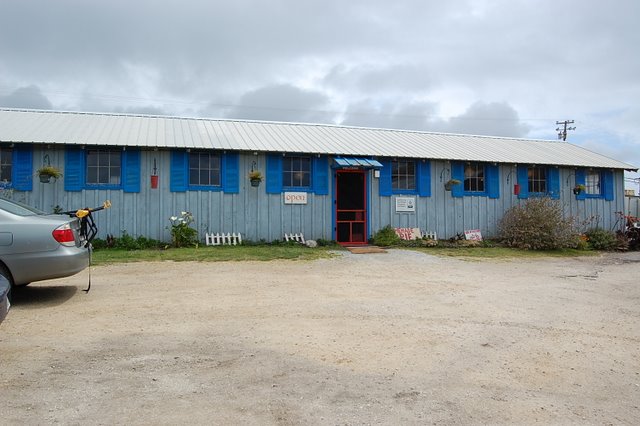 there is a cash register and the following sign: 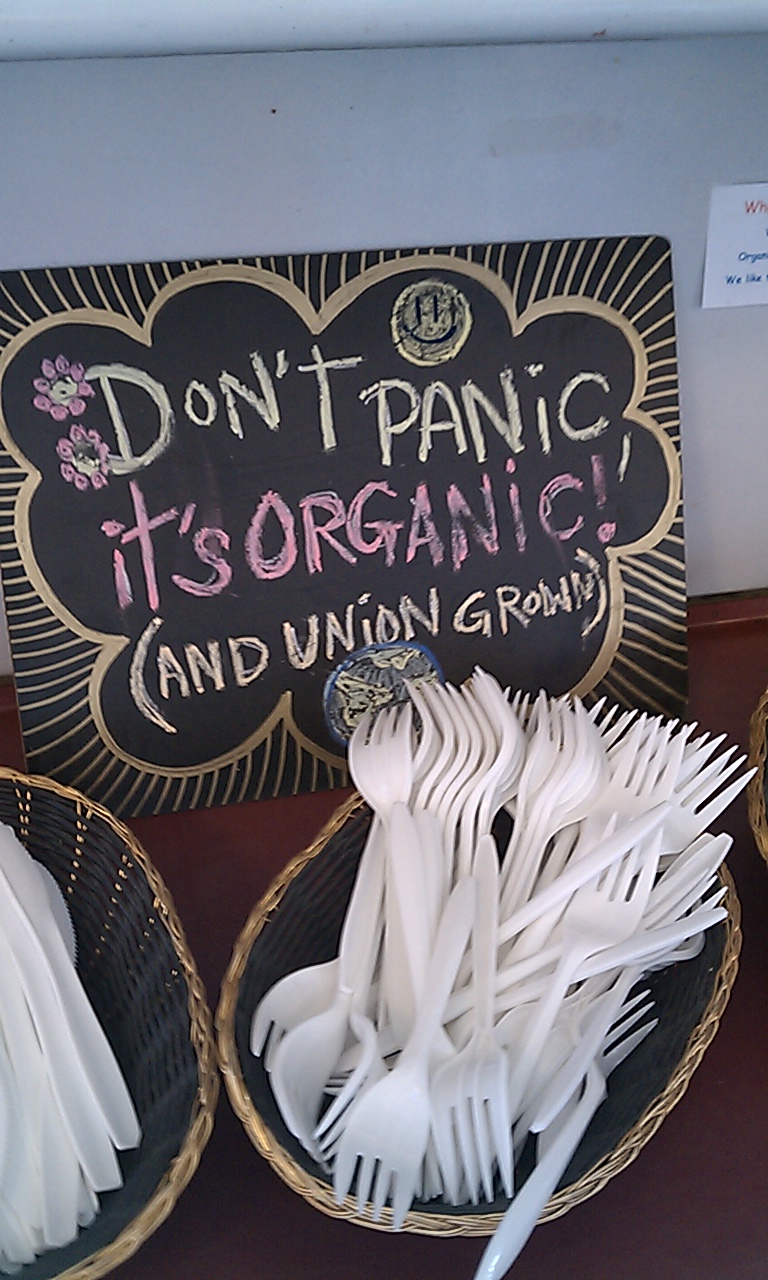 And then you’re like, why can’t East Coast places have HIV-free strawberries?  And you get mad at the vast conspiracy that is the West Coast.

But it’s ok, because the strawberries are HUGE and juicy and ridiculously delicious. 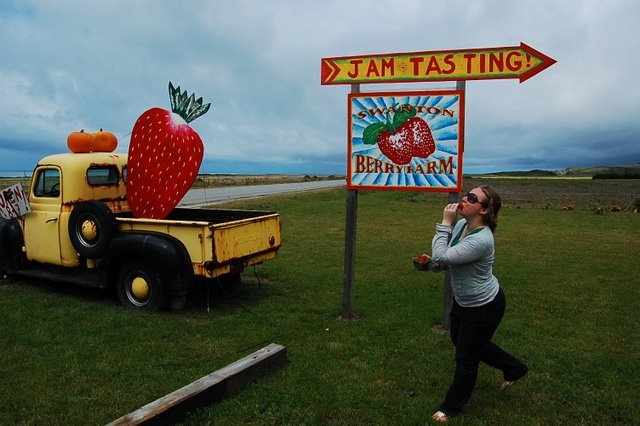 Mr. B was reluctant to hand over the strawberries to me.  But in marriage, you have to take one for the team sometimes. 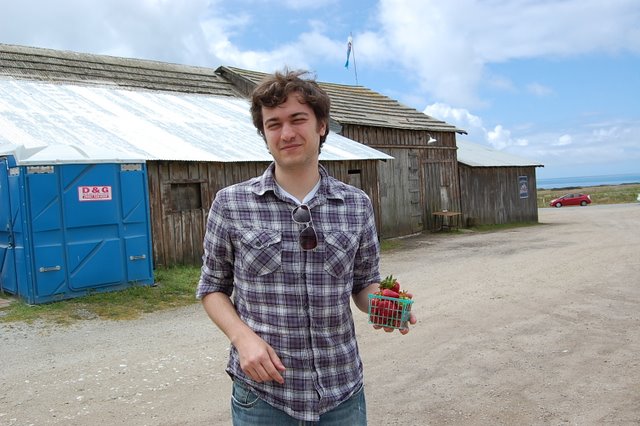 And then we kept driving, and we saw this: 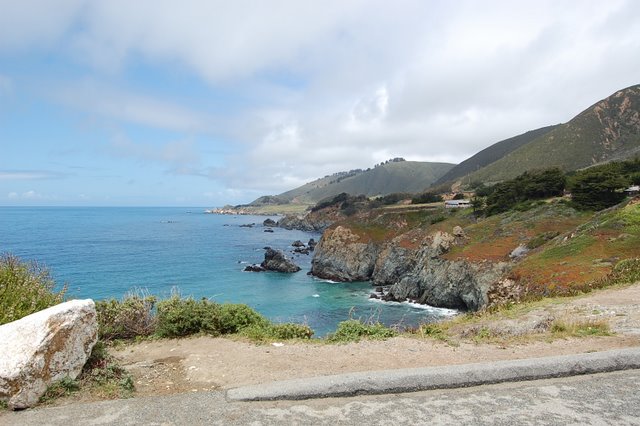 Californians, I hate you.   So we got a nice couple from Australia/New Zealand to take our picture.  “What are you guys doing here?  You have great beaches out there,” I told them.  “Yeah, but here is nicer,” they said, and drove off.  What surprised me and Mr. B was the amount of foreigners on vacation in California.  Even in DC, I have never seen this many French, Italian, Australian, and German tourists.  And all of them speak perfect English. 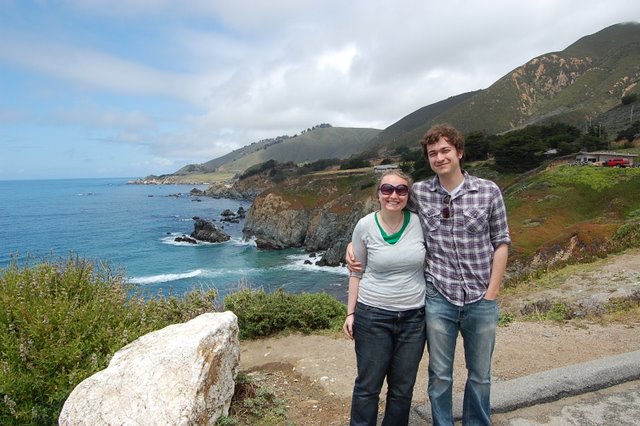 After that, we kept driving.  And driving.  And driving. Our goal was to make it halfway between Los Angeles and San Francisco, the site of Hearst Castle, for a tour.  Unfortunately, the castle was closed for the day by the time we got there.  But, on the side of the road, I thought I saw something.  And I pulled over.  It was seals.  Thousands upon thousands of seals, sunning themselves.  I love animals, so I stared at them for what must have been twenty minutes. 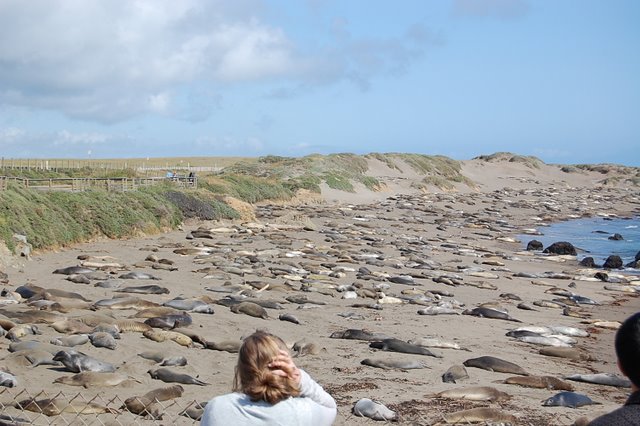 What a life.  No parents.  No work problems.  Just napping all day. Sign me up. 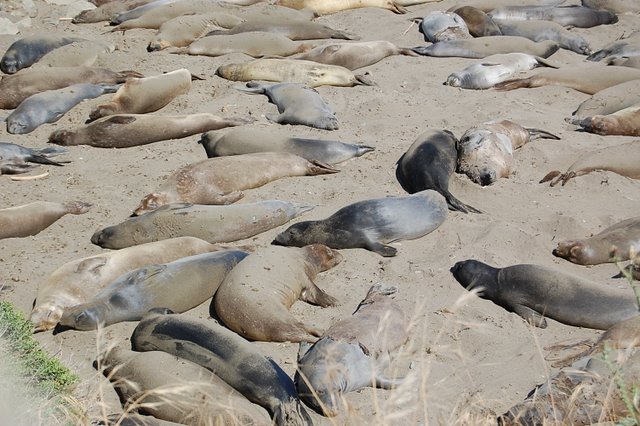 After Mr. B dragged me away, we continued, and we were suddenly in Southern California. The landscape changed from rough, rugged hills, to flat plains with mountains in the distance. 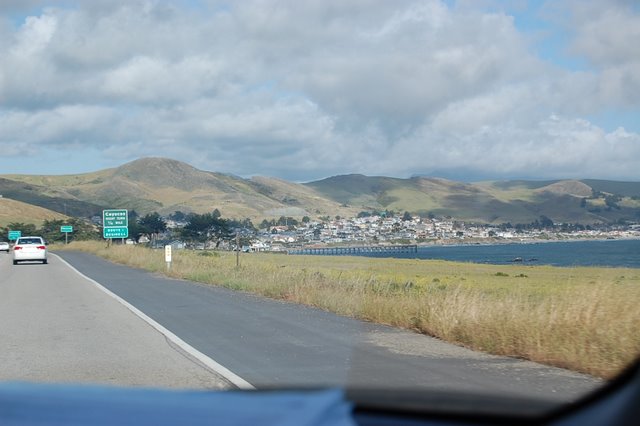 And Mr. B told me to take a picture of a church with Black Jesus in the window. 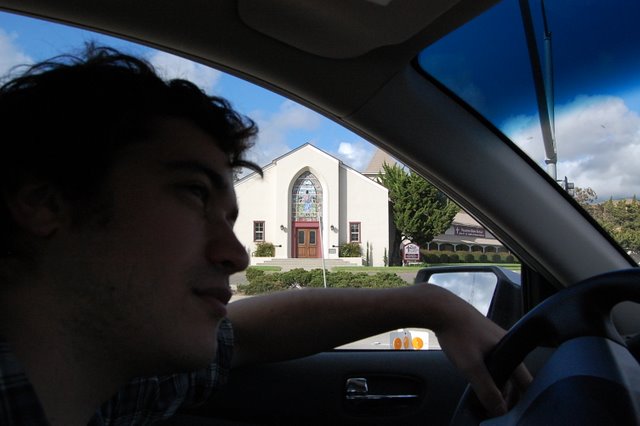 We started passing crazy vineyards and lots and lots of palm trees.  “Let’s live here for the rest of our lives,” I told Mr. B. “I don’t disagree with you,” he said. 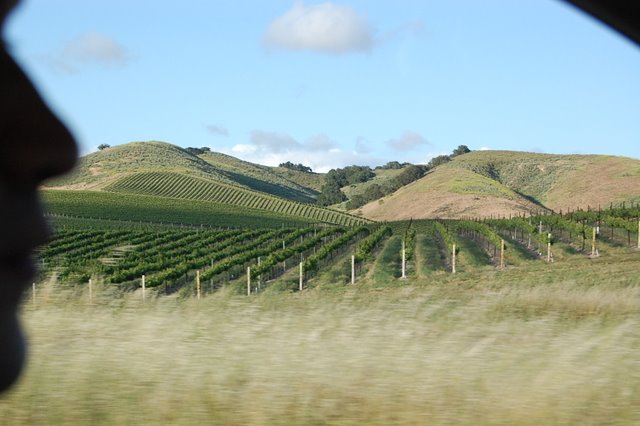 And, as the sun set over the ocean, just like that, the highway became bigger and denser, and in the darkness, we could see the twinkling lights of the Los Angeles area.

We crashed at our hotel, prepared to take on Mulholland Drive and the places of Entourage the next day. 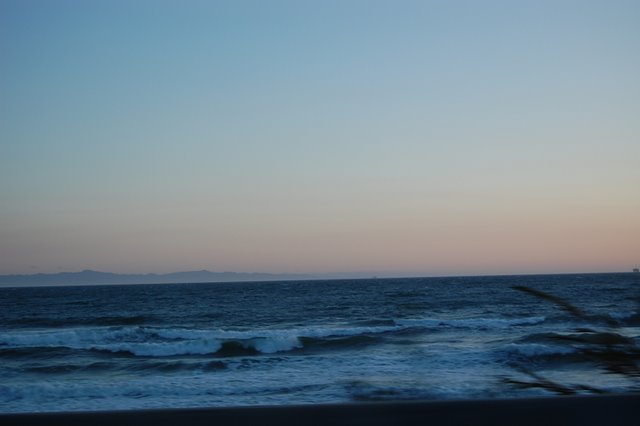 This was our favorite day of the trip.