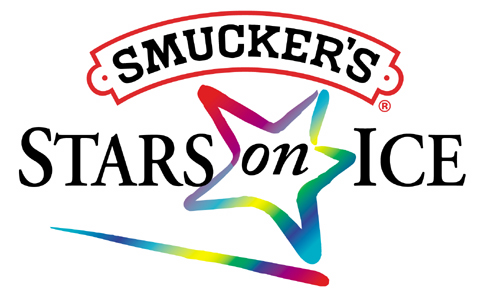 Last Friday, Mr. B and I joined my parents in a screening of Stars on Ice in Hershey, featuring world-renowned Olympic Gold Medalist Evan Lysa_check_ (zing!).

At first, I didn’t want to go because I thought this show was exploitative of gold medalist Olympians who have accomplished a great deal athletically and have danced to great music for athletic and artistic merit but are now being paraded like circus freaks before mainstream audiences and forced to gyrate to I Gotta Feeling while wearing cowboy hats.

However, my dad did have suite seats  from his company and I was cajoled into attendance by being privy to information that there would, indeed, be alcohol available.  Fortunately, I was in luck, because Stars on Ice featured all of the things  I love:  screaming children, people who know nothing about ice skating, those people who try to hype the crowd up at the beginning of shows by yelling “I can’t hear you!” over and over, and, buying over-priced sub-par alcoholic beverages and gulping them down before 8:50 p.m., the cutoff time for the bar.

Sorry for the poor quality of the picture, but as soon as the  usher spied my Nikon D40, which she eyed as skeptically as a malignant tumor, she wouldn’t let me bring it into the auditorium because “the tour doesn’t allow cameras with lenses longer than 4 inches (that’s what she said,)” and possible flash.  This tour would NOT do well in Washington, D.C., where everyone is required to have a DSLR by law and my measly D40 will not get me admitted to stand in line at the 19th street McDonald’s, much less theatre events.  It was promptly taken back to the car and, as I was climbing the stairs to our seats, I noticed at least three cameras go off, with flash.

Here is a picture of Todd Elderge, 38, playing to a half-empty stadium on a Friday night, desperate for the residual checks that Stars on Ice bring him,18 years after he won his medals:

Here is a picture of graceful Yuka Sato, 37, ice dancing to a hauntingly beautiful melody while my mom watches, breathless with appreciation of grace  while little Jacob from two rows over shrieks that he wants more Slurpees and his mom, dressed in a NASCAR sweatshirt, growls at him in the darkness:

Here’s main cash cow Evan Lysacek, making a brief, three-minute appearance to ice dance to something by honored artist Michael Jackson, looking over the crowd, the gloom quickly settling over him, realizing that the next 20 years of his life will be spent either in third-tier towns such as this one, scraping together funds to continue to pay his chain-smoking Ukranian coach hourly wages to train for a spot at Sochi, and maybe realizing that his Olympic teammate Johnny Weir was onto something by opting out of the tour.

And here’s a shot of me and Mr. B sipping a screwdriver  in the twilight, cringing inside at the fact that  men and women with real talent and determination have to be packaged and dumbed down for public consumption and paraded like cartoons in front of 7-year-olds and their provincial parents in order to scrape by in the career path they’ve chosen.