What’s worse than being cold? Being cold in Canada. 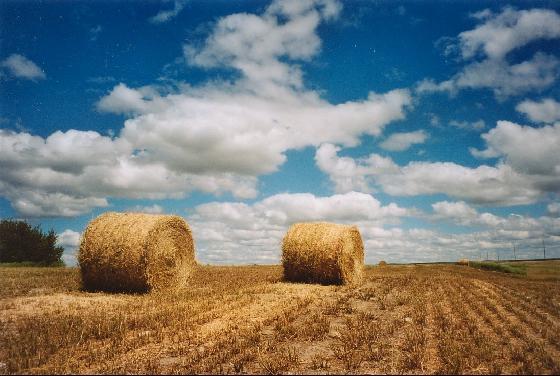 It’s cold.  Really cold.  And it snowed.  This makes my morning routine even more miserable.  But you know what’s more miserable than a DC-area morning commute?  Living in the Praries of Canada in the last century, as described in this really interesting article

At the turn of the last century, Prime Minister Wilfrid Laurier declared that the 20th century belonged to Canada. All across the cities of Europe, the Canadian prairies were advertised as the LAST BEST WEST. Back then, to be a pioneer on the prairies of the Americas was still the ultimate contrast to the sophisticated European life. This was useful for those, like my great-grandfather Henry, who were looking to upend their European (and in his case Jewish) identities, and thus, to be a part of re-imagined society. For my family, the early 20th Century launched a life of pioneering, but the idea of Pioneering itself — the creation of a new identity via the land — was already ending. The Prairies really were the last best West.

Today, sandwiched between the skyscrapers and digital networks of North American ÜberProgress, the Great Plains of the 21st century feel like a million square miles of ghost town.

In a large apartment in the Polish city of Lublin, on an unremembered day in 1928, 10-year-old Helen Dresher, my grandmother, said goodbye to the painted angels on the ceiling of her home. The Dreshers, a wealthy Jewish family, were selling it all and taking off to homestead in the New World. Henry Dresher, the patriarch, told his wife and children that the streets of Canada were paved with gold. Perhaps he spoke of the little animals they would own and the quaintness of farm life, Jewish hay-dances and whatnot. Something that would make them all feel better about trading in the good life for the uncertainty of Utopia. For Henry, the promise of the new farm he had purchased in faraway Canada, of owning land, of controlling his destiny, of not hearing the recurrent cries in the streets — “Jew, go to Palestine!” — was worth more than all the pleasures of Krakowskie Przedmieście, Lublin’s grand boulevard. Canada was going to be their Palestine, and it was going to be great.

Whenever I get too cold, I reread this paragraph:

In the 1930s, the Great Depression brought with it a historic drought and “the Dust Bowl” became the new name for the Great Plains. The high prairie winds blew sand all over everything. Across the miles of field, Rebecca wrote, were the hollow carcasses of horses, old bits of bird’s nests, upside-down turkeys that drowned in the sand trying to hatch their young. Dust buried the occasional trees, with the tops of the branches sticking out like little fingers. Gophers infested their land. In the winter, temperatures dropped to 40 degrees below zero, and the children were wrapped in newspaper and warmed with flaming cow turds.

I guess my 45-minute commute isn’t so bad.