I’m going to fire my editor

Remember when I was writing my novel?  And everything was going AWESOME? And I was all up in the plot? And you were helping tremendously?

Well, now I’ve handed it over to Editor Vicki for the first round of revisions.   And it’s horrible.  It’s the most horrible novel known to man, even including Vogon poetry. It’s so horrible, Editor Vicki constantly makes disparaging comments, about the plot, the wording, the themes expressed in the novel, and the characters, including poor Michael, who hasn’t done anything except he’s just trying to move out of his parents’ house.

Editor Vicki is evil, and she kills my will to live with her frequent, nasty comments, 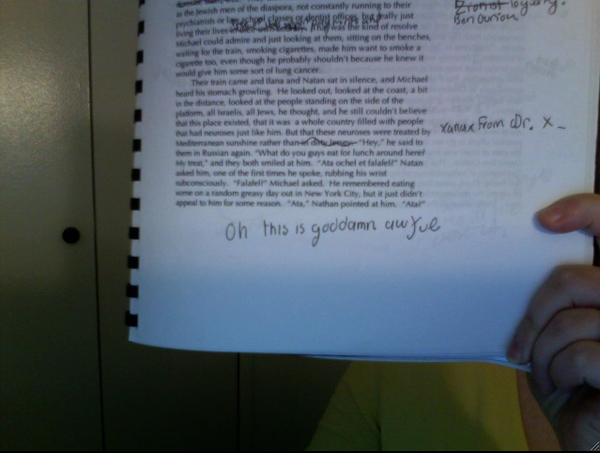 If my editor doesn’t cut out making these depraved remarks, I am going to have to fire her.  Or maybe stab her.  Because I don’t see how else I can keep working on my manuscript without constructive criticism.