As you read this post, keep in mind that A)I’m food-stupid and B) I’m food-lazy.

Here I am, trying to plan a weekly menu, because that’s what all the homey-wifey websites recommend you do to keep the Arab-Israeli Menu Planning War of 1967 from breaking out in the household.   I witnessed this first-hand on numerous occasions when I’ve been too lazy/tired/homicidal after work to cook dinner (this happens at least twice a week.)

On these occasions, when I was single and lived alone (ah, those good old days when I didn’t have to worry about doing laundry for two, but did worry about a burglar breaking in and shanking me on a daily basis), I would just eat cereal with milk and call it a night. Because, honestly, I am an average cook, and I don’t enjoy cooking 90% of the time (although 10% I do.)  I look at it as something that has to be done, like taxes or deflecting baby fever.    However, Mr. B is un-American and doesn’t eat cereal.  Also, for some reason, he likes hot meals. Also, woman cannot live on Total alone (although it does provide 100% of my recommended daily intake of calcium and iron.) So I was trying to plan ahead so I wouldn’t have to cook multiple times during the week.

Scouring the Intertubes, I came across this recipe, which includes requirements for, among other things,

Unfortunately, I did not have 70% of this ingredients list, but it gave me a chance to go to an Asian grocery store and stock up on all kinds of crazy food.  And in the end, I did make this dish, although, no matter how hard I tried to make curry, I made tikka masala by mistake. 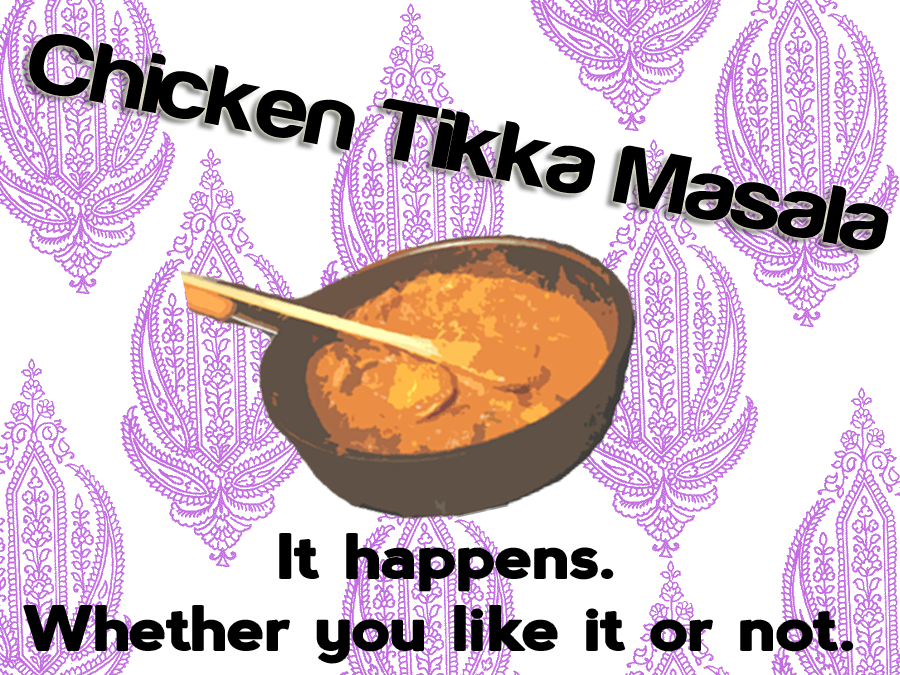 I’ve gone completely off-topic in this post, which originally was meant to be, why do so many recipes on line require ridiculous ingredients that you never have? For example, from the quick and easy recipe department, chicken with Brie and vermouth.   Why, yes, let me just get that bottle of vermouth out of that liquor cabinet I keep stocked in times like this, in its original packaging from a men’s club in 1963.  Or, how about some gnocchi with sweet Italian sausage and San Maranzano tomatoes, fresh from Sicily?

Do people really make these types of recipes and have these types of ingredients on hand?  I honestly think the majority of men and women who cook after work when they can find time don’t have the energy to seek them out.  Are foodies the only target audience for these websites?  I don’t think so, because Allrecipes at least is a huge website and gets tons of non-specific traffic from Google searches.  And The Nest is for newlyweds who, oftentimes, don’t have a clue as to how to cook and usually eat cereal for dinner because they’re lazy and then accidentally end up cooking tikka masala. Even websites like Cooking for Engineers, which was very promising, also use complex ingredients that take too long to put together.  Another site that doesn’t count is No Takeout, for obvious reasons.

Maybe I’m just lazy.  Or maybe I should rephrase and say that 90% of  people I know don’t cook like this, at least those that are relatively recent college graduates.  We have maybe some chicken in the freezer, some eggs, some milk, some fruit, and some veggies.  We usually don’t have crazy spices (even though I now do after making this dish, but these I had to purchase specially), we don’t have sweet Italian sausage, and we have a lot of frozen food.  It takes me 25 minutes to buy these special ingredients and an hour and a half to make this dish. It takes me 20 minutes to put a frozen pizza in the oven.  So, where are the websites for the truly lazy?  Because for now, I’ll just keep making tikka masala since I already have the spices.