Riding a horse is like blogging, except you can’t become a parapalegic if you blog

This Saturday, when the weather decided to become more clement (see chart of weather clement-ness below,) Mr. B and I went horseback riding in Virginia.  My friend Christina is an avid rider and in the process of purchasing a horse, and she wanted to go see it this weekend, so I asked if we could tag along. 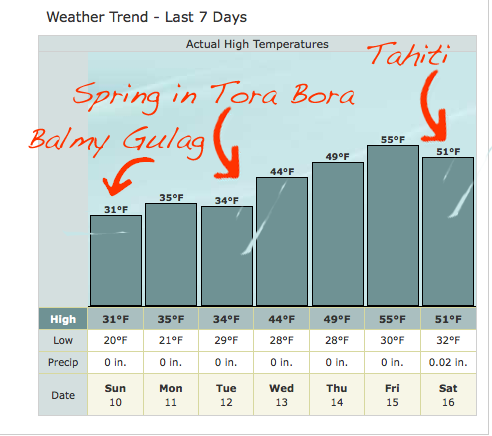 We’d been riding before, once in the Golan Heights at Vered HaGalil and once in Bucks County, Pennsylvania, and we liked it a lot, so we were really excited to go to JAS Stables where we actually got to learn how to brush horses and do horse-related things like try to feed them candy which they love, unless apparently they are being fed by one of us. 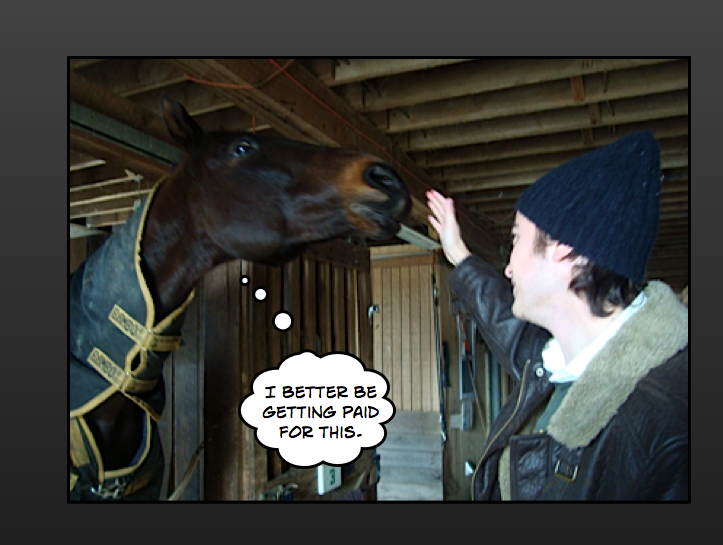 However, for some reason, I had a sense of foreboding that would, I thought, lead to imminent death, mostly because I was afraid I’d end up like Christopher Reeve. 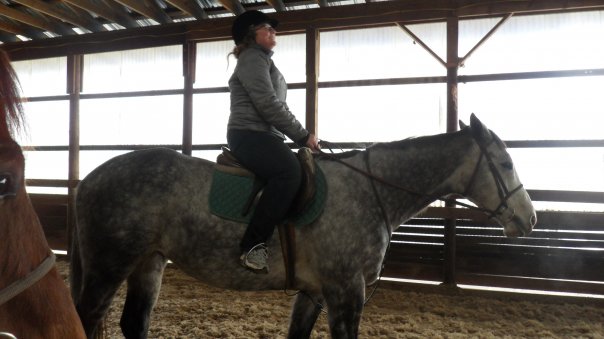 Even though Jon, one of the owners of the stables, is awesome and extremely safety-conscious, I am always paranoid in that I, like Shalom Auslander, think God is trying to kill me just when I am happy and mostly unawares.  This is why I never go to weddings where there is lots of alcohol.  Based on this fact, Mr. B and I had the following 20-minute conversation before AND after we went:

Me: What if I fall off a horse and become paralyzed from the waist down, like Christopher Reeve?

Me: But what if I do and then you have to feed me through a spoon for sixty-plus years until I give in and beg you for a swift and merciful death?

Mr. B: *not hearing me because he is busy watching Nadal v. Federer on a hard surface*

Mr. B: What? *turns away from his man crush*

Me: What if I fall off a horse and become a parapalegic?

Mr. B: I’m pretty sure Christopher Reeve was drunk when he fell off his horse.  It’s a little-known fact.

Me: *muttering under breath* I hope you like pushing wheelchairs.

What was most amazing in the two hours that we spent there is how quickly you get used to being on a horse  and start getting a feel for how it works.  Of course, my horse, Hoover, sucked.  Well, not that he sucked, but mostly I sucked because he’s a show horse and I couldn’t cue him the right way, so he would stop and start like a 1986 Chevy that hasn’t had a state inspection in a decade.  But after a while I started feeling a lot better about it and even broke into a slight (terrifying) trot.

Trotting is insanely hard if you’ve never done it before because you can’t just sit on the horse-you have to find the rhythm and balance that will allow you to absorb the shock.  It’s the same if you’re walking, as well.  You have to move your hips and torso and keep your body upright with the up and down paces of the horse.  It’s pretty tricky.

And as I was holding on for dear life and bracing myself for a fall on my spinal cord, I started to get the hang of it.  If  I just made sure to feel Hoover’s movements and adjust to them, I could get into a kind of steady rhythm.  He trusted me, and I trusted him.

And, in a way, that’s how I think blogging is, too.  You don’t always have the rhythm.  Sometimes you’re on, sometimes you’re off.  Sometimes I write posts that are too politically and economically heavy but that are important for me to write, sometimes I write really silly posts that are equally part of the fun for blogging for me.  It’s always difficult for me to keep a balance between personal and professional on the blog, but I keep trying.   You keep writing and soon enough, you’ll find your balance and rhythm.  Hopefully, after a year of blogging,  I’m on my way to finding mine.

Related on the blog: