This is not an easy movie to see. In fact, I didn’t want to see it at all and fought with myself because I knew just from the description it would be an impossibly cruel movie about the bodies Stalin left behind. 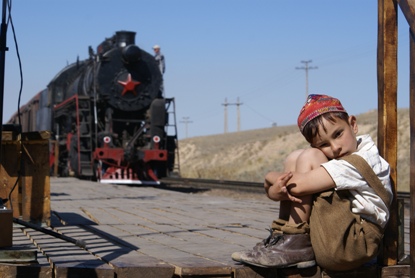 Nevertheless, you should see it, because to see this movie is to understand what it means to be human.  It helped me understand much better what my grandpa, who was in exile in Uzbekistan during World War II to flee the Nazis and lost his father in the war, went through. It also reaffirms your belief in human nature. 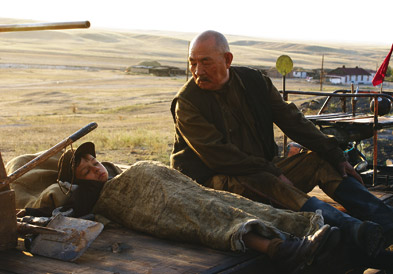 The movie is about Sashenka (Russian nickname for Alexander,) Pozner (Dalen Shintemirov) who is about 8 or 9 and on a train to Kazakhstan to live in exile with his grandfather while his parents serve hard labor time in Siberia for crimes against the state.  What this almost certainly means is that they were arrested because they were Jews.  His grandfather dies on the train, and Sashenka escapes from the train  to survive in the vast steppes with the help of a Kazakh man, Kasym (Nurzhuman Ikhtimbayov) and other Russian exiles including Katya (Ekaterina Rednikova), a Russian woman whose husband in Siberia and Ezhik,  a Pole (Waldemar Szczepaniak).

As the grown-up Sasha, narrating from Jerusalem, notes the steppe is a freedom that is constrictive and oppressive in its expanse. He leads an extremely hard life as he struggles to adapt to his new life in the sleepy backwater Kazakh town, with Kasym taking on the role as his caretaker in a very touching and extremely skilled performance.  The movie was perfect in almost every respect.

Most importantly, it captures the era of that time, the early 1950s under Stalin’s rule, down to a T. (For a further look at the era, you can read the book Sashenka, which I reviewed.)  One of the moments that struck me the most was the sound of the Internationale as the background noise to Kasym’s salat. Everything in the movie resonated with what I’d absorbed from my family about how the Soviet Union was, and as I watched, I got extremely strong pangs of both recognition and pain, because most of what the Soviet Union was, was pain and unfairness. Everything was so very Soviet, down to the dresses Katya wore and the way the sycophantic and cruel Bulgabai tried to adapt to the regime.  Additionally, I can’t speak to this part of it since I’ve never been to Kazakhstan, but I think it describes perfectly the nomadic loneliness and Soviet backwater that Kazakhstan and the other Central Asian republics were in the 1930s-1960s.

I don’t want to give away too much of the story, but I do want to say that I was blown away by the enormity and weightiness of this movie (the first for the studio that produced it!) , and want to thank the DC Jewish Film festival for including it. Here’s a small clip from when Sashenka first comes to the village:

I cried at the end of the movie, something I haven’t done since I saw Under the Tuscan Sun (to be honest, I was single and very emotional at the time. Those damn sunflowers were so colorful).  What was most amazing to me was that, after the movie, the festival staff worked hard to get the actors and producer to come from Kazakhstan to speak. 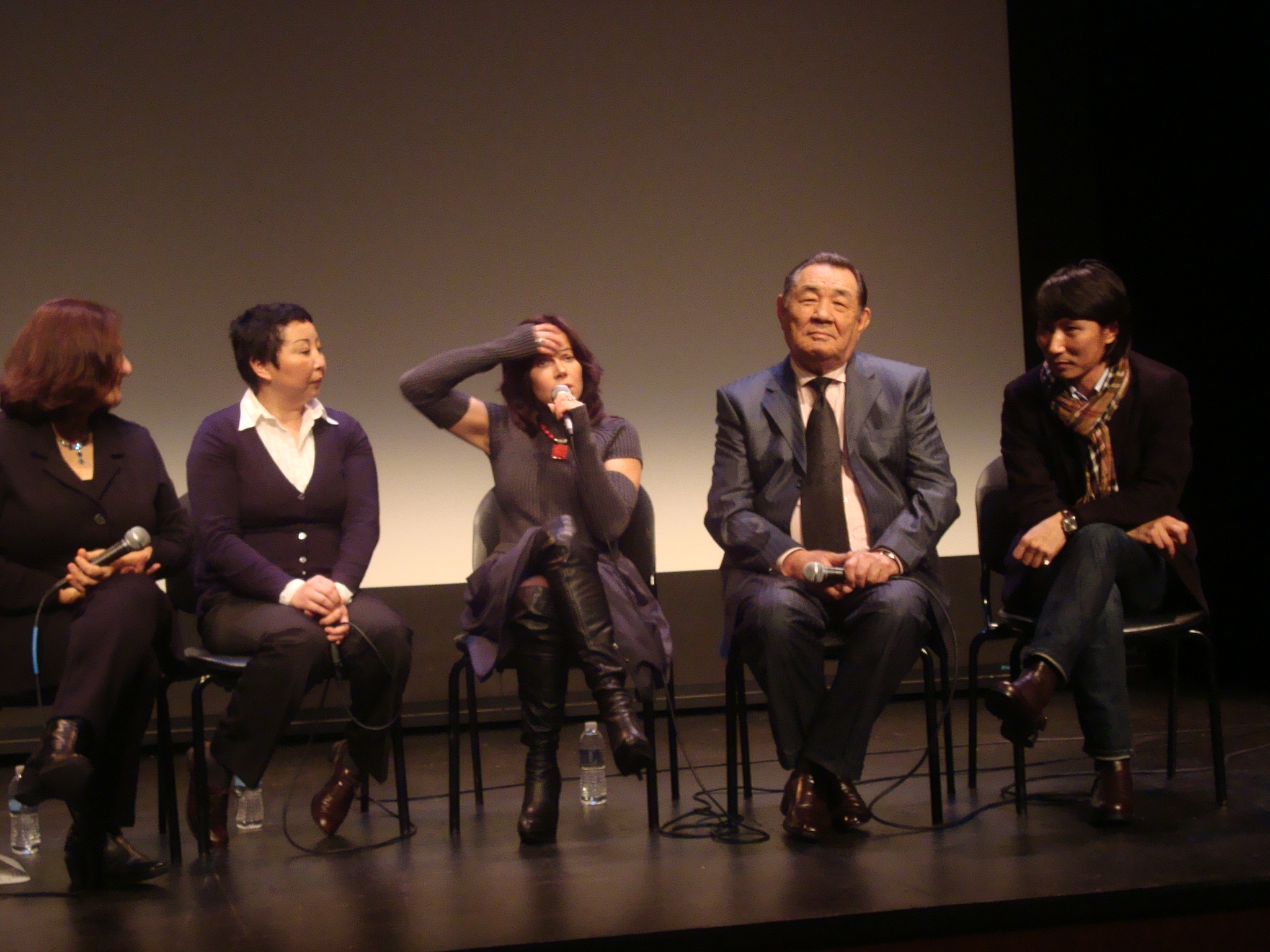 I especially was excited to see Nurzhuman Ikhtymbayev, who played Kasym so well.  They spoke about many topics of the film to the audience, which I captured on video.

Aliya talks a bit about producing the movie:

A bit about Yekaterina Rednikova:

How they cast Sashenka:

A big thank you to the Washington Jewish Community Center for giving me press tickets to see the movies. The film festival has been an extremely exciting, well-planned endeavor, and has exposed me to a world of ideas and new locales in the DC area, as well as imbuing in me a sense of Jewish community, probably for the first time since the Jewish tweetup.    For my other reviews of movies in the festival, check here and here. And please, please, please see this movie.