Dr. Maina Singh and the Indian Jews of Israel 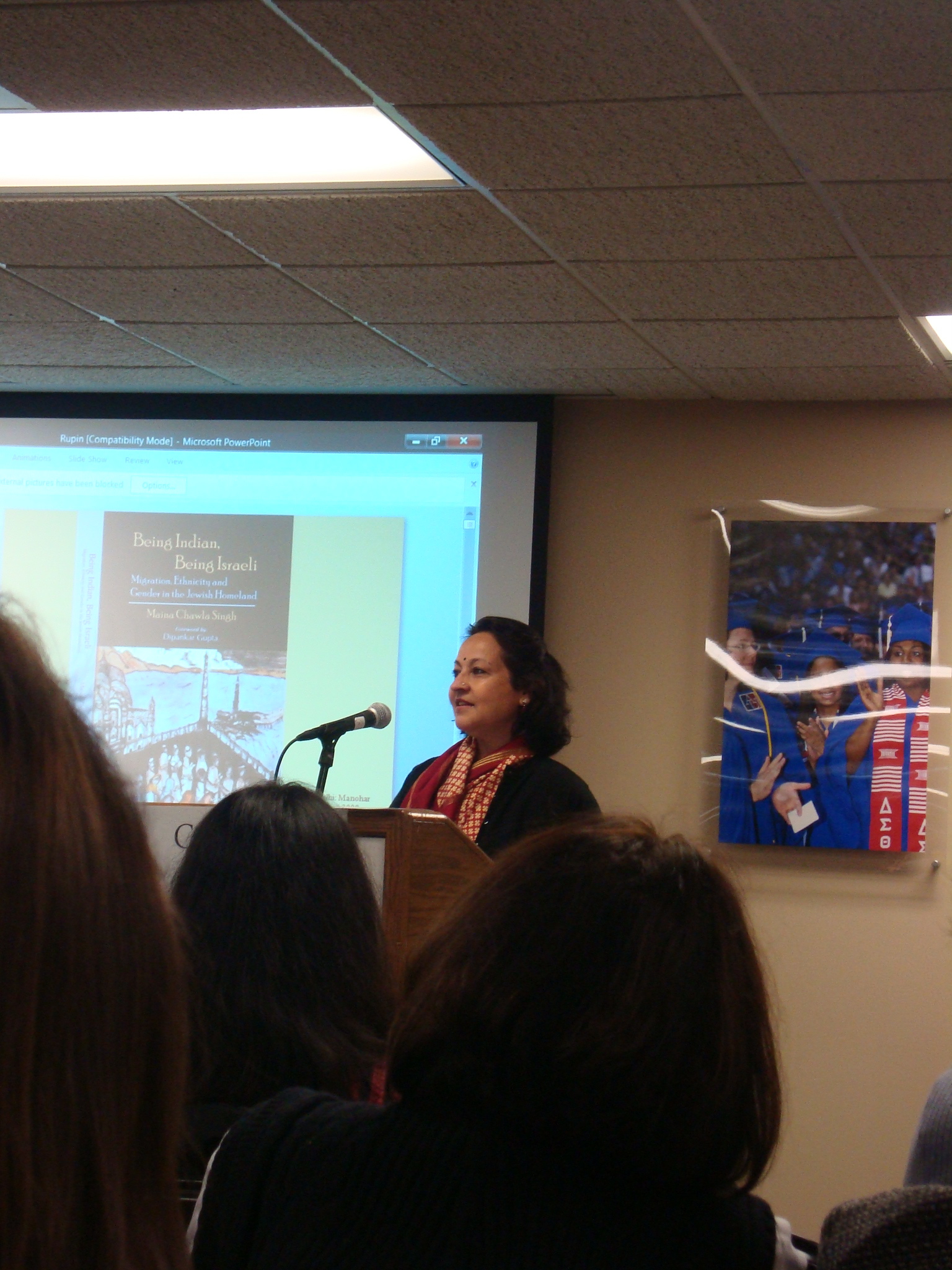 Every time I find out about another ethnic Jewish minority, it blows my mind.  How many permutations of us are there? Of course you have your garden variety North American Jews, then you have us Russian Jews who are apprently invading everything, and then there are the Ethiopians, the cool kids of the 1990s.  But Indian Jews?  Really?

A couple weeks ago, at American University, Dr. Maina Chawla Singh delivered a lecture on Being Indian, Being Israeli. Dr. Singh  is originally from the University of Delhi but relocated to Israel for three years beginning in 2005 when her husband, Arun Singh, was the Ambassador to Israel.  She began her research on Jews who had made aliyah to Israel from India.

In India, Dr. Singh said, there were three main areas of Jewish settlement: Maharashtra, where the Bene Israel lived (the Indian Jews the West is most familiar with through Sadia Shepard’s book and movie), the Cochinese Jews in Kerala who speak not Hindi but Malayalam, and the “Baghdadi” Jews of Calcutta who are more Bengali in culture and come from an amalgamation of places such as Singapore and Shanghai. 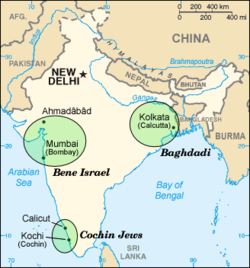 These groups mostly didn’t intermingle in Israel and mostly kept to the culture of their area as opposed to marrying “Jewish” across the country.  They were all also relatively wealthy and cultured  in relation to their neighbors.  This all made it all the more surprising when the first wave of them left in 1949, 70,000 people, to Israel.  What is most interesting is that Dr. Singh emphasized that the Jews made aliyah for antionalist reasons-Zionism.  The Jews in India have never been persecuted and therefore did not form the shtetl and protectionist mentality that Eastern European Jews had.

What was ist like for them to leave one young country (with thousands of years of culture) and move to another young country with its identity yet to be established?  What was it like to leave behind solid economic foundations and move to the frontier desert towns of Dimona and Kiryat Shmona in the North?  What was it like to be marginalized by both the Sephardic and Ashkenazi Jews and fall into a third category of “Other?”

In her book and subsequently the lecutre, Dr. Singh lays out case studies of hundreds of interviews that she had conducted from Eilat to Metula, with Indian Jewish communities in Israel.  Here are a few of the points I found most fascinating

To end with, here’s a trailer for Sof HaOlam Smola (Left at the End of the World) that portrays the immigration of such a family to Israel. It’s only in Hebrew (sorry,) but you can see the gist of the culture of Indians in Israel in the 1950s-1960s.