Note: This book graciously provided to me by Hannah Friedman.

I spent approximately 45% of high school in my room and crying because I was weird/no one “got” me/had self-esteem issues/was working on homework until 2 am/had a Nutella emergency. 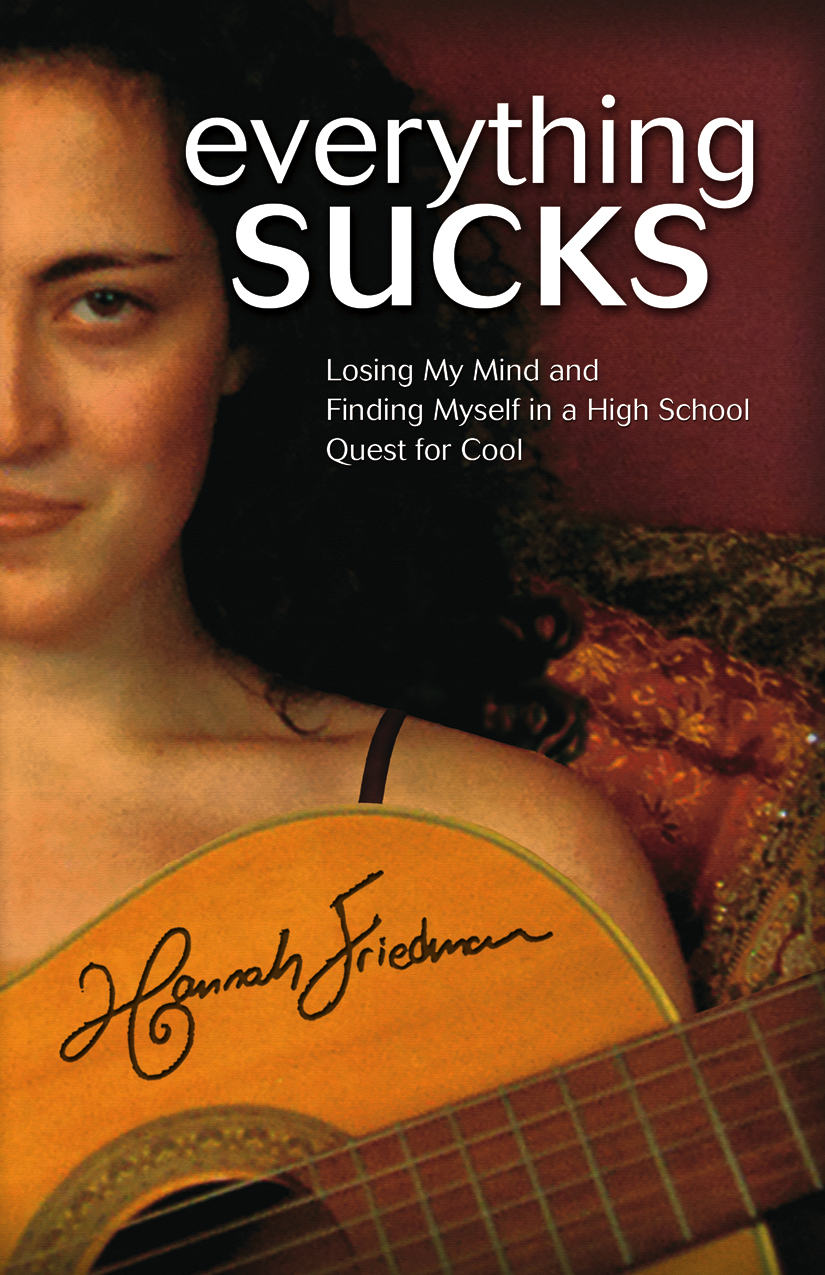 This book blew away my expectations. Most people my age (me included) are horrible at writing at the autobiographical level because we don’t have enough talent or life experience to adequately go all Ulyssess on our memories.  Evidence?  Any of my previous posts.

But, Friedman’s first published work is very well-written, and a book I could relate to with the frustrations of the teens.  Judging from reactions of others, the connection holds true for many.   I couldn’t relate to everything because I’d never done hard drugs,  had a monkey as a sister, or pressured myself to get into Yale.  But the angst is still the same and the emotions Friedman describes so accurately is something I could truly relate to.

What blew me away was the amount of honesty (raw honesty, as many reviews of the book write.)  Hannah put into her writing, about sex, about boys, and about her emotions throughout high school. She put all of herself into this book, and if you’re interested in an American private school perspective on high school, as well as the final argument on why  private school is no way different than public school, this book is a great read.

Here’s my interview with Hannah below. I  loved picking her brain because I want to plagiarize incorporate some of the methods she used when I’m writing my own novel in November.

VB: How did you decide what to reveal about yourself? Did you consider the reaction of friends and family when you wrote it (there is some very embarrassing content), particularly given your experiences with the magazine in high school?

HF: Ah, a very good point. I was certainly nervous about backlash… , but I also knew that I really wanted to address all the things I hadn’t been able to find information about growing up. All the absurdity of modern education, the hysteria of girl culture, stigmas about sex and drugs. I knew that if I undertook this project I wanted to be as candid as possible, so that’s what I always returned to when I got nervous.
VB: You talk about the editing process at the very end of the book-how long did this book take you to write? How did you know you were “done’?
HF: I knew I was done when the publisher sent this baby to print- I knew there was nothing else I could change, but that doesn’t mean I was 100% satisfied. I don’t think you ever can be. That being said, I had gone through many drafts and I knew that at least it was close to what I had imagined it could be. All told the book took about a year to write and edit and go to print.
VB: Did you have a specific audience in mind as you wrote it?</p>
HF: To be honest, my audience was me! If something made me laugh or really resonated with me, I thought it would probably strike a chord with at least one other person.

VB: You talk a lot about your struggle with weight in high school and mention briefly your parents’ influence.  Did they ever pressure you to lose weight, or was it mostly your peer group in high school?
HF:My parents never pressured me to lose weight. My peers didn’t say anything directly either. It wasn’t that one day I decided “I have to be super pretty and skinny,” it was more that extremely negative thought patterns began to develop as a way to cope with all the bullshit of highschool- the pettiness and the sleep deprivation and the pressure to perform academically as well as socially. I channeled all of my frustration into this one seemingly simple solution: lose weight and be happy. But it turned out that the more I obsessed over numbers and calories and carbs, the less happy I was.
VB: Did you ever have doubts that you could pull off a novel? If so, how did you work past them?
HF: Every single day of writing this book I was pretty sure I would never be able to finish it. It was a hugely daunting process, and completely uncharted territory. So if you’re a writer out there and the idea of finishing a big project seems terrifyingly huge, then you’re right on track! Don’t lose hope, and try to only concentrate on just a small manageable piece at a time instead of considering the entire work.