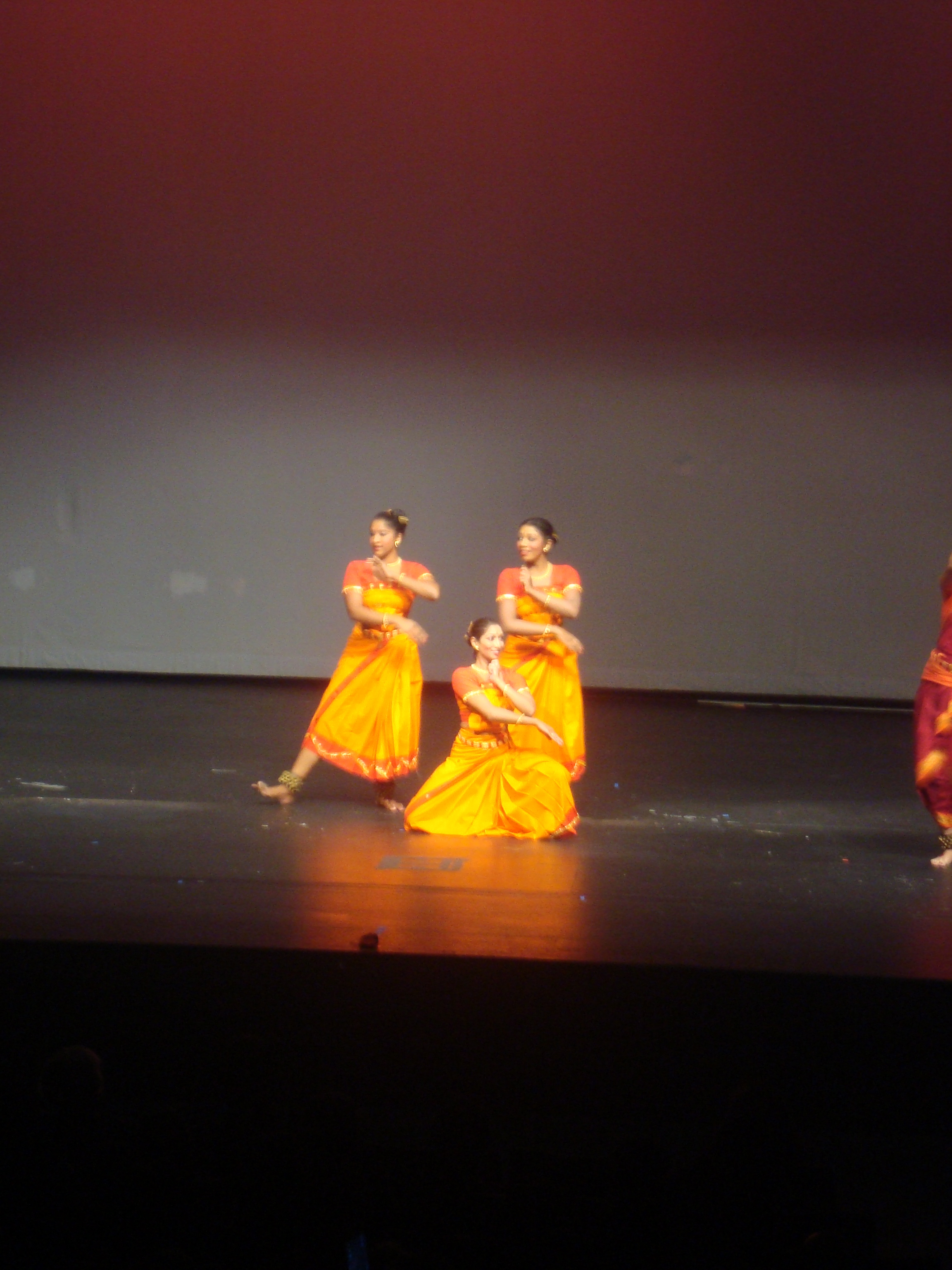 This weekend, I went to see Ritu Samharam, presented by the Nrityanjali dance Company.  It was my first time ever seeing Indian classical dance live, and it was pretty exciting.

It turns out that Indian classical dance is nothing like Bollywood, as I had assumed.  It takes a lot more concentration to both watch and perform it. The style that I went to see was called Bharatanatyam, from South India.  There are three key elements of classical Indian dancing irrespective to origin, and these are the hand positions, facial expressions, and narrative dances, all of which blend together to tell a story, usually from a work such as the Ramayana or the Mahabharata.

I enjoyed the performance, but wasn’t patient enough to sit through all of it, unfortunately. Plus, the music (called a raga), which is usually chanting accompanied by an instrument, such as the tala, totally put me to sleep.    Here’s a little clip from the second part of the program, based on Ritu Samharam, or a garland of seasons, a poem in Sanskrit by Kalidasa.  This season shows varsha, or the monsoon, and how the dancers play frightening frogs and peacocks spreading their wings in joy of the rains to feed the crops (sadly without sound, for some reason):

The dance did remind me a little bit of this clip from Lagaan:

The things I got a kick out of most were not the actual performance but my observations of Indian immigrant culture in the United States.

First, I was the only white person at this performance: 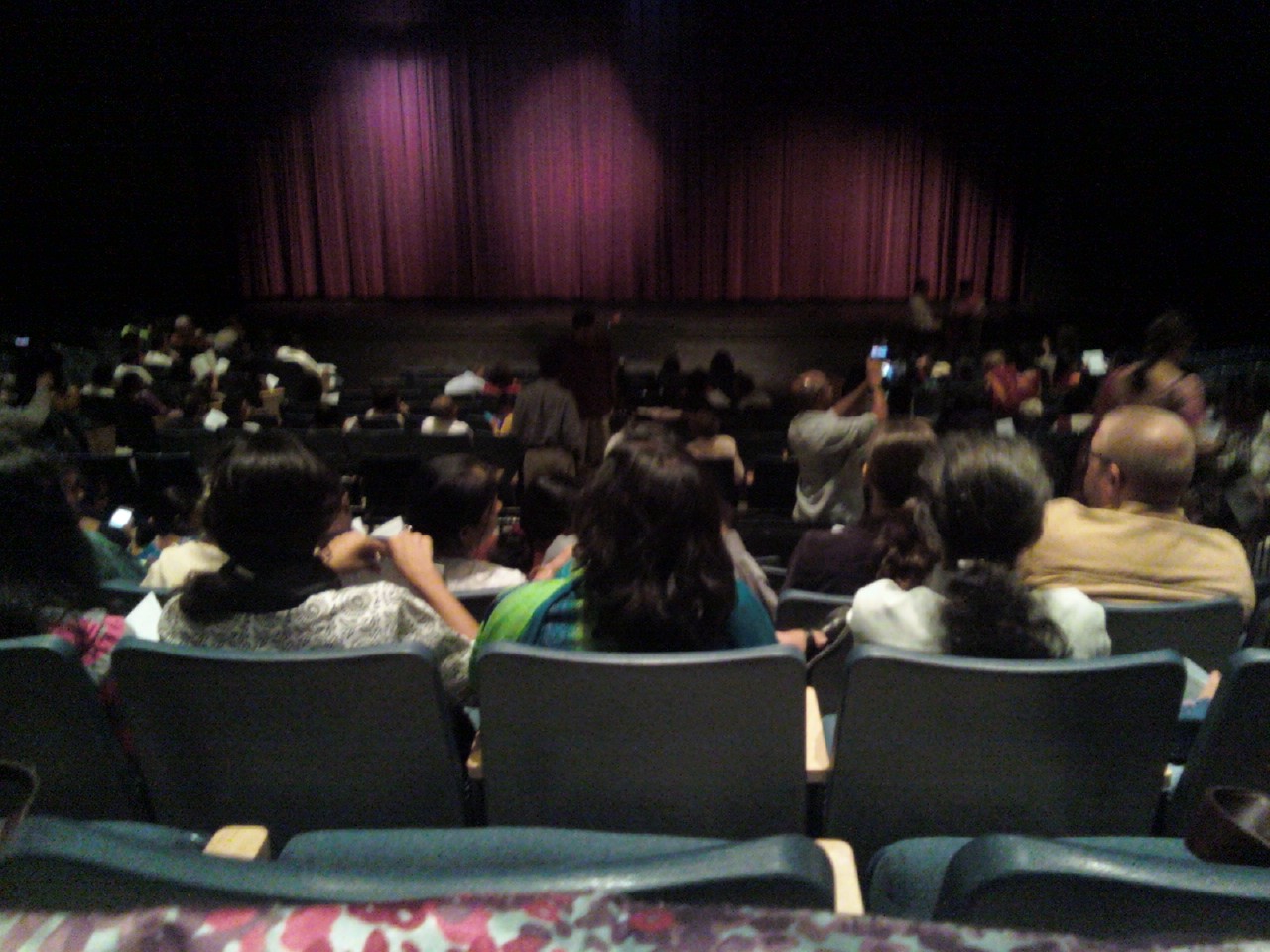 Second, I was the only white single woman at this performance.  Single, as in, without a man.  All the aunties were totally checking me out and talking trash about me in front of my back in 100+ regional Indian dialects.

Third, I was the only white single woman not wearing a sari at this performance: 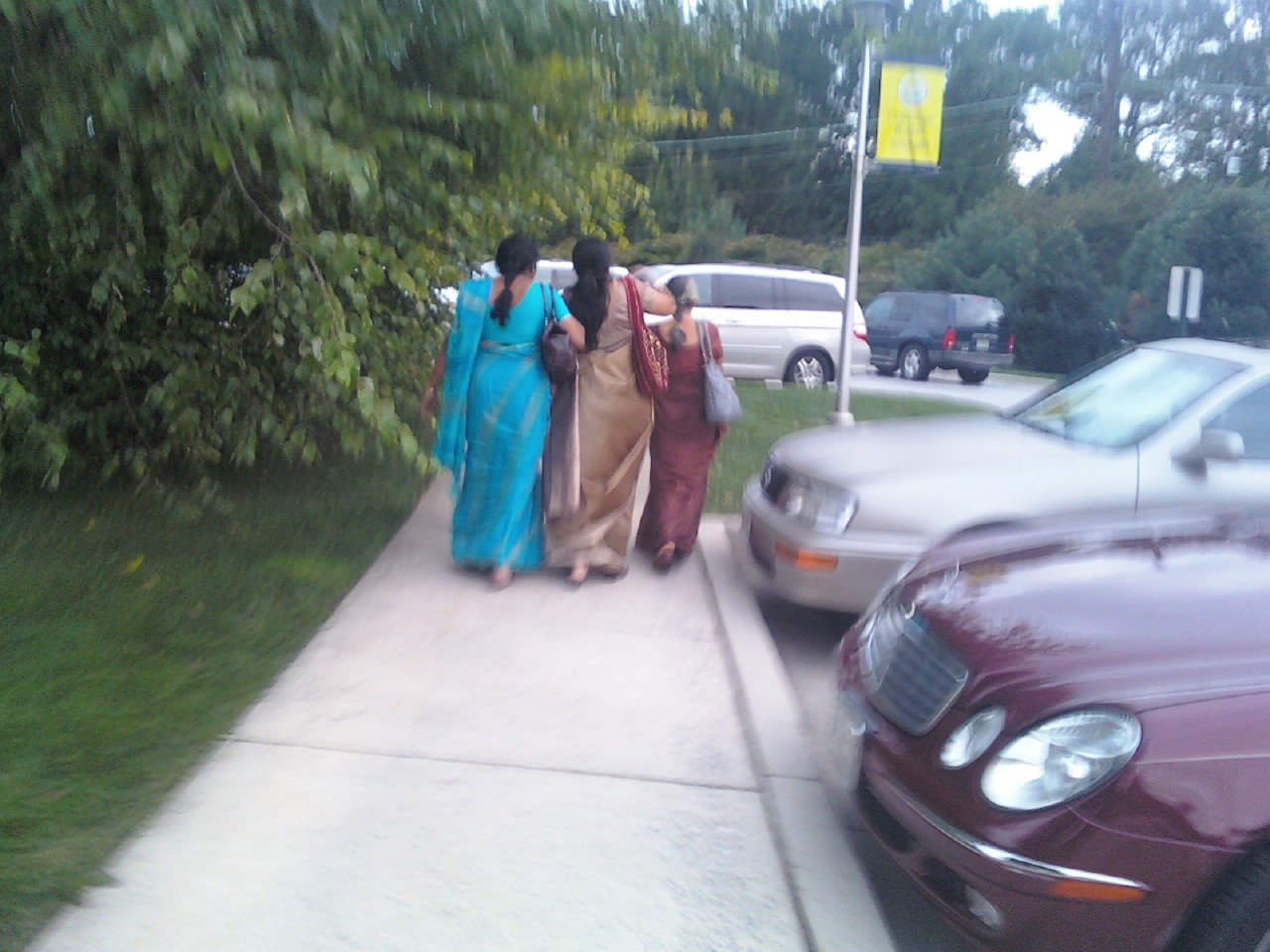 Fourth, the best part was the program.  It had a little biographical information about each of the dancers, like the time they completed their training.  Initially, I thought the dancers were professional Indian classical dancers.  However, each person also had something like, “X completed her Rangapravesham (debut performance) in 2005.  She is currently a senior at Georgetown University in the pre-med program.” Or “X completed her Rangapravesham in 2003.  She is an analyst with the Corporate Executive Board.”  Because Indians, like Russians, would never be content to have their kids be just dancers.