Note: The Victorian Era was a long period of prosperity for the British people, a time of cultural revival, and of great advances in engineering and fashion.  The Victorian Error is  column where I bitch about my life experiences.

Today is my birthday.  I’ve decided to celebrate by remembering  birthdays past, specifically my 20th birthday three years ago.

This particular birthday took place in Israel, when I was interning for Bank HaPoalim, the biggest bank in Israel and also the biggest provider of yummy after-lunch snacks in the country.  At the time, I was living with three roommates, also on the internship, and we were in a semi-contentious state. 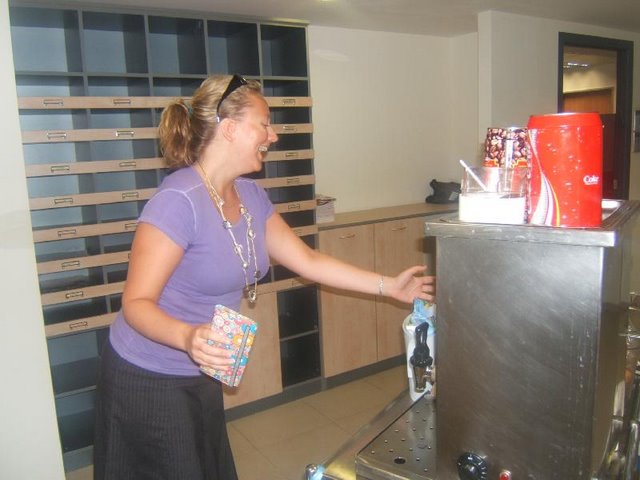 The snack in question

The source of the contentiousness might have revolved around the fact that we were living in a 900-square-foot, one-bedroom apartment together.  It also might have been that all three of my roommates were more religious than me, and, therefore, became angry when I dismissed Hundred of Years of Religious Tradition to eat at non-kosher restaurants and saw wearing kippot as an inconvenience.

Nevertheless, we’d agreed previously that we’d all go out for my birthday.  Since it had been a little hard for me to accommodate to their dietary needs and miss out on great Tel Aviv eating opportunities when I was more flexible, we’d agreed to go to a place I was interested in.  The place I was interested in was a Russian restaurant, becuase, no matter which country they are in, Russian restaurants offer an authentic dining experience that I didn’t think my roommates would get anywhere else. 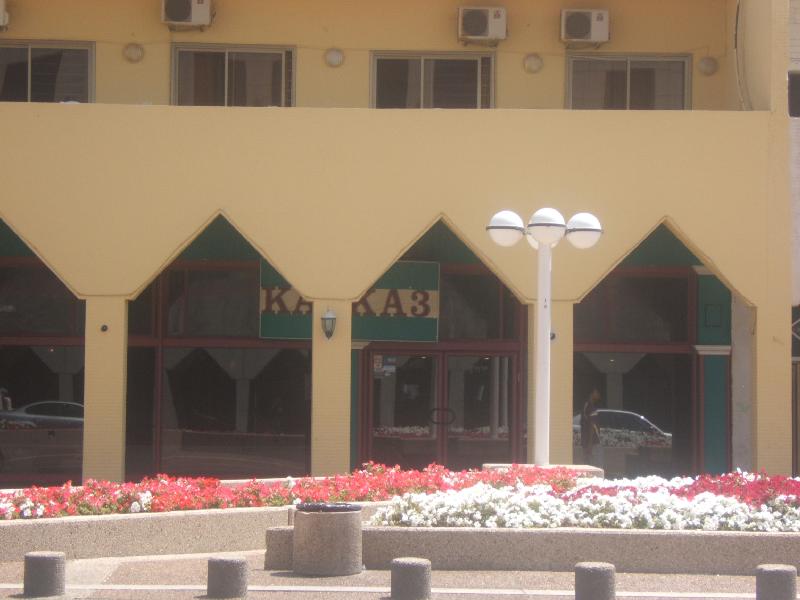 The den of debauchery

The day of my birthday, we’d already gotten in several spats. One of these spats resulted from the fact that I told them the Russian restaurant might not be kosher, and who were they to regulate me on my birthday. I was feeling bitter, so I decided to start the night off early with some drinks.  For some reason, we had two bottles of vodka in the refrigerator (and not much else.)  I drank two shots.  I almost keeled over.  Tense, the four of us left. 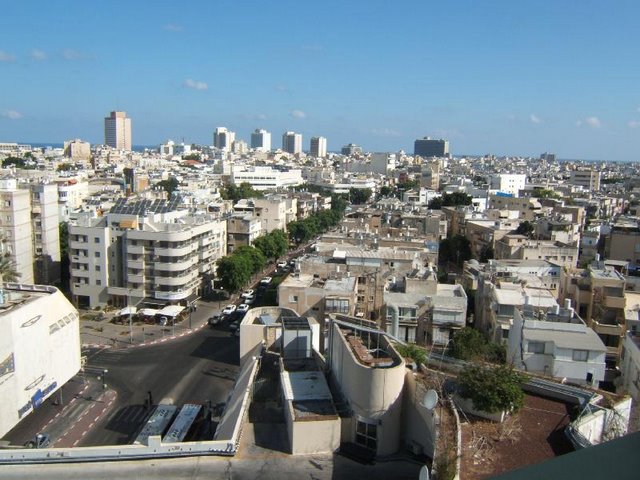 The view from our apartment.

I stumbled up the street to the Russian restaurant, roommates in tow, an angry fog forming in my brain. I decided I would ask the place about its  menu to make sure the roommates could eat there. I opened the door to the restaurant.  A wave of techno music blasted me right back out into the street.  Through my buzz, I could see well-dressed Russians looking at me like I was crazy.  The roommates followed meekly behind.  I walked up to the woman taking reservations.  “Are you a kosher restaurant,” I slurred to her, my eyes not quite focusing on the menu.

She looked at me as if I were from the moon.  Asking a Russian restaurant if they are kosher is similar to asking if they have ice cubes in hell.  She gave me the menu.  I translated aloud for my roommates’ benefit.  “Pork with potatoes,” I stumbled.  “Pork with mushrooms, pork with a wine sauce.”  I slammed the menu shut with demonstrative force.

“Yeah,” I wobbled bitterly, “Let’s go somewhere where you guys can eat.”  I stomped out of the restaurant.  We settled on a kosher fish restaurant.  Settling on kosher  made me feel like a loser.  Like I was settling on a Kia Sephia after test-driving a BMW.  A pork-filled BMW.   Not that I eat pork.  But the techno music would have been awesome.

We started talking about what it means to be Jewish, an excellent idea when you are half-drunk.  “I keep kosher, I pray, and I am Jewish,” said one roommate.  “Well, I don’t do any of that stuff, and I’m just as Jewish as you are,” I countered, stabbing my tilapia with brutal force. “What’s more,” I added, vehemently scooping up my rice and fanning the flame with my other hand, “if I had a son, I wouldn’t circumcise him.”

The roommates looked at me. This was Unthinkable.  “Well, if you know someone who’s not circumcised, they’re not Jewish.”  I became enraged.  “Are you telling me that all my Russian friends that are soldiers, that fight for the State of Israel in the IDF, but are not circumcised just because that’s not what we did in Russia, aren’t Jewish?” I asked them.

“Yes, and if you don’t observe the rituals, how does it make you a Jew?”

“Are you saying I’m not Jewish enough, just because I don’t light candles every Friday?”  My drunkenness was wearing off into a dull ache.  And not just from the tilapia.  I didn’t feel accepted, I felt marginalized, and betrayed.  Here I was, giving blood to the Israeli version of the Red Cross,  learning Hebrew, and volunteering to bring food to soldiers up north during the war with Lebanon, and someone had the nerve to tell me I wasn’t Jewish. And I was just mastering the voiceless pharyngeal fricative, too.   Also, I was arguing over the fine aspects of circumcision on my birthday.

“So you’re saying that my family, who lived as Jews for hundreds of years in Russia, and were even persecuted as a result, are not Jewish,” I played with my kosher roll.

The roommates looked at me.  Probably half in fear that I would bring up circumcision again.

I got up, incensed.  I threw some shekels down to pay my bill and walked out.  The alcohol had left completely, and had been replaced with tears.  I cried and walked, and kept walking around Tel Aviv.  In retrospect, since it was about 9:00 at night, I probably could have gotten killed by a real kosher-keeping Jew.  But I didn’t care.  I sat down in a sketchy park.  I pulled out my cell phone and called Mr. B, who at that time was my boyfriend.

“My roommates think I’m not Jewish and they won’t even let me go to a Russian pork restaurant for my birthday,” I bawled.

“Screw em.  Seriously.  Screw em.  You’re the biggest Jew I know,” he said.  And he talked me down from hysteria,  at three in the morning Eastern Time.  I sat on the bench after I hung up with him and looked into the darkness. I thought I saw a serial killer, but it was only a feral cat.  I calmed down in stages, and walked back to the apartment.

I could tell my roommates felt guilty, because they’d bought me flowers. I accepted their appologies and went to sleep. I decided for myself that no one would make me feel inferior about being Jewish, just because I expressed it in a different way than them.  And it was still my birthday. I went to sleep, promising myself lots of nonkosher food  at lunch the next day.