Book Review: Create Your Own Economy by Tyler Cowen

Full disclosure: Manuscript to review graciously provided to me by Dr. Tyler Cowen.

I’ve really been struggling with writing this review.  The reason?  The book has gotten tons of positive press from the likes of Amazon, Matthew Yglesias, and Ben Casnocha.   The author of the book, Dr. Tyler Cowen, a professor of economics around my neck of the woods, George Mason University, has a fascinating and successful website, Marginal Revolution, which you should be reading if you’re not already.  Dr. Cowen has a broad scope of knowledge in economics and fields beyond, and has been key to developing my education as an economist and critical consumer of news.  He was also nice enough to send me an editor’s proof of the book when I fawningly requested it, and has impeccable taste, being married to a Russian Jew.  However, I just cannot get behind this book at all.  I disliked it as much as I dislike the healthcare debate or bananas (true story.  I hate bananas.) 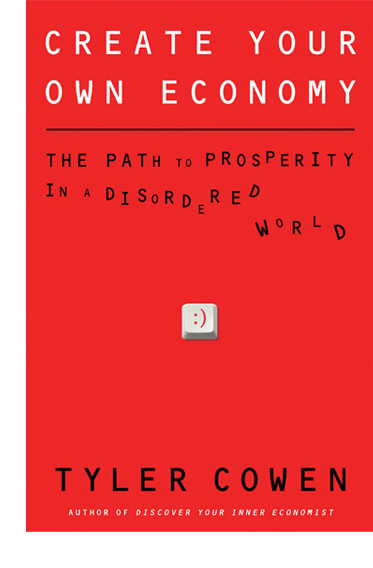 The main postulate of Create Your Own Economy is that we receive an extremely high volume of information from new media: our RSS feed, YouTube, iPods, etc.  This forces us to pick out exactly what we want to read and utilize, which is similar to what people on all ranges of the autistic spectrum do.  Its contention is that autistics organize their thoughts in a specific way, not all of which are necessarily bad.  In fact, I felt that the book somewhat glorifies autistics and their precise way of mental ordering as, at times, superior to those without elements of autism.

Additionally, Dr. Cowen in the book names several people who he believes may be autistic or at least have an autistic cognitive style.  These include Sherlock Holmes, Charles Darwin, Thomas Edison, Vincent van Gough, Jonathan Swift, and Bill Gates.   When examined under this microscope, it becomes evident that almost everyone has autism.  He believes that those who have this autistic-style type skill of arranging information, which he likens to arranging the furniture in a house, will be better off in the new world, hence the possibility of creating their own information hierarchy, and furthermore, your own economy.

The concept behind the book is interesting enough.  But I just could not get into it.  Because, for a book surprisingly about arranging information, it seemed devoid of such an organizational structure.  It’s true that it has chapters, but it seemed more like a conversation a professor would lead in a classroom that didn’t always necessarily have a point, rather than a thesis presented in nonfiction form.  Many times I got lost in the strings of logic and couldn’t pick myself back up.  It becomes especially ludicrous when Dr. Cowen seemingly exalts the skills of autism and makes it seem almost attractive.  I know this isn’t his intent and he treads carefully around what is a very sensitive topic, but the reader still comes away from the book feeling that those with autism somehow have superpowers. 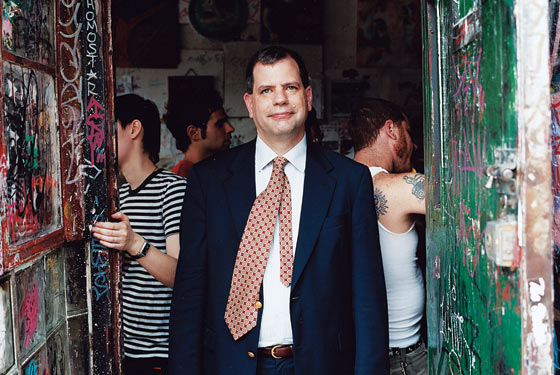 Additionally, the book doesn’t come, in my opinion, to any big conclusions.  There are a lot of small eye-opening moments that make you pause and think, from a variety of sources.   An example:

For most people, a large part of your cultural identity and worldview is shared by what you are doing, and by the identity of your peers, between the critical ages of something like eight and twenty years old.  Those comparisons help us understand our educational system.

The web makes it easier for us to focus our points of similarity with others.  For instance, there is the well-known phenomenon of the “Googletwin” or the “Googleganger,” patterned after the German word “Doppelganger,” which refers to your ghostly double.  A Googleganger is a person who shares your exact name and appears in your Google searches.  Of course whenever you google yourself, you learn about the doings of that namesake person as well.

What was also interesting to me was Dr. Cowen’s discussion of the iPod and the way iTunes has changed the way we view and consume music.  He writes,

The physical design of the iPod is compelling but the looks are only one part of the appeal.  The iPod and other MP3 payers are mostly about reorganizing the relationship between music and your mind.  Users organize music into playlists to suit their moods, the friends they are with, or the kind of trip they are taking…The “random shuffle” feature is prominent on the choice wheel, precisely because we want to be surprised by the music we hear, yet without giving up our role in controlling the final menu….Your iPod, by arranging your music collection in a new way and giving you power over its organization, actually makes that music sound better.

There are tons of tidbits like this throughout the book of information you’d never have thought about on your own.  However, the whole book reads like a list of favorited bookmarks rather than anything conclusive, and in the end, left me so frustrated, that I am ashamed to say I didn’t even finish it.