Full disclosure:  Thank you to Akira Ohiso for kindly providing me with a copy of Surviving to review. You know that saying, “A Jew is whoever wants to call themselves one?”  It’s been true in several cases in my life.  Since I was born to a Russian father and a Russian Jewish mother, there have been times that I’ve vacillated between the two identities.  Heck, I vacillate between borsh and matzah ball soup all the time, just cause I’m a fatty.

But it’s not that radical to vacillate between Jewish and Russian, especially when it comes to the fine bridge between Russian cautiousness and Jewish, shall we say, parsimony.  It’s close to impossible to vacillate between being Japanese and being Jewish.  But Akira Ohiso does so admirably in his book, called, simply, Surviving. 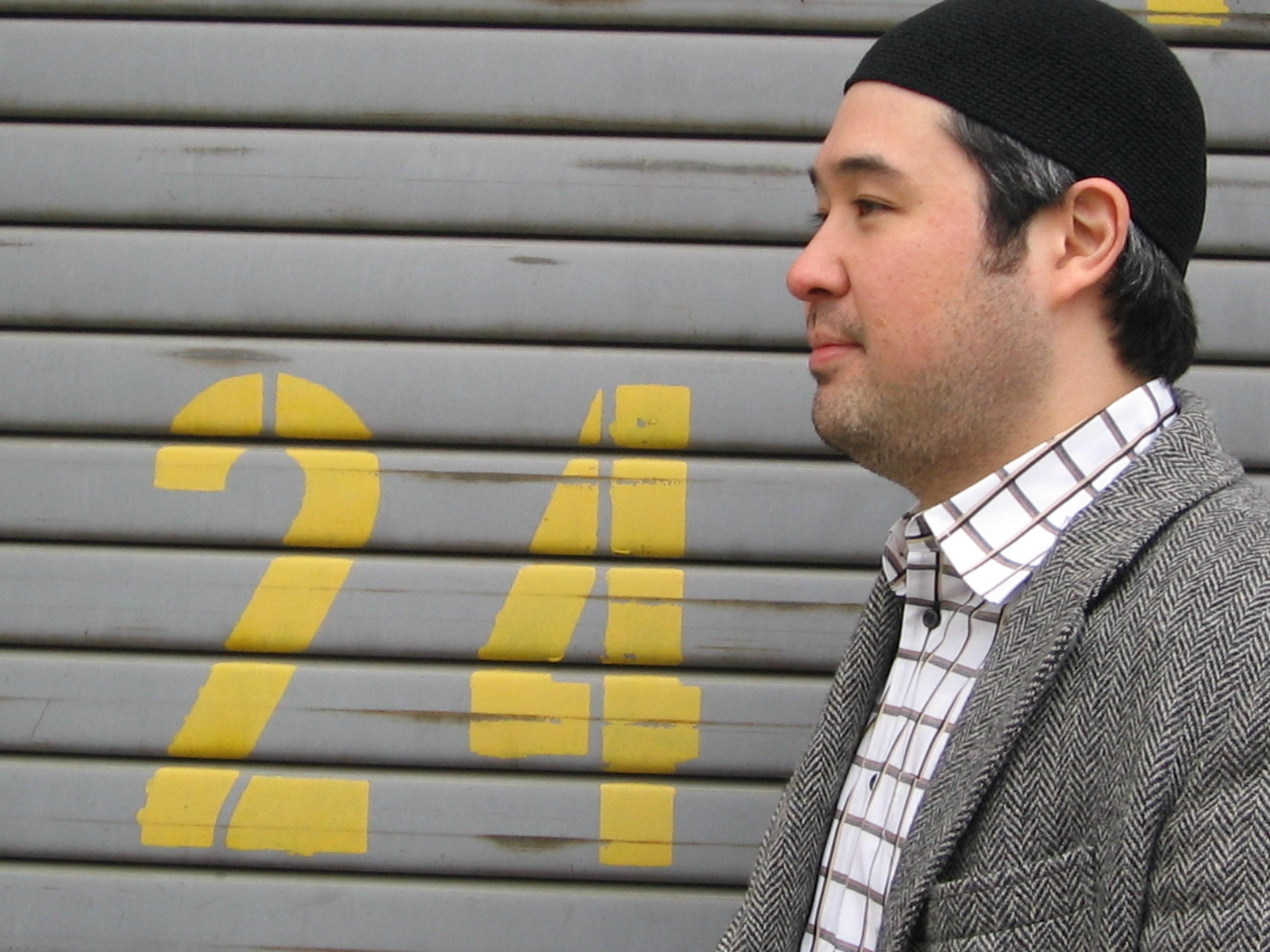 Ohiso tells his story of being born to mixed Japanese-American Irish heritage.  When he goes back to college, he starts hanging around Jewish kids, and this begins to rub off on him.  When he digs deeper into his heritage, he finds that he had one Jewish great-grandfather, Jules Sottnek (shortened from Sotnikov, obvs. ) born in Riga, who hid his identity to get away from the stigma of being Jewish.  Sottnek immigrated to New York and started a life there, choosing to forget about his identity.   Ohiso completed the circle when he decided to fully convert to Judaism in order to be able to marry Jewish.

The journey he completes to do so is fascinating for someone like me, who has no clue why someone would want to convert to a people who are parodied as monkeys.  Maybe for the jokes?  Ohiso does so admirably and tracks his journey in a book that is as visually appealing as it is succinct (layed out by his wife, Ellie).  Seeing at to how I have no attention span anymore due to Twitter, this book was the perfect size and scope for me.  It made me feel like I wasn’t experiencing information overload, but at the same time learning meaningful ideas in the span of 70 pages.  Spoiler:  There is a  cute baby picture at the end.

A ritual circumcision was done to symbolize Abraham’s Covenant. As the rabbis watched, a drop of blood was drawn. This ancient ritual connected me to thousands of years of Judaism. I thought of Ruth, the first Jewish convert. I thought of my great-grandfather who was forced to renounce his Judaism. One rabbi told me that converts were God’s way of replenishing the lost Jewish souls of The Holocaust. Another rabbi told me that if you save one life you save the world. I felt like I was saving future Jews as I brought Judaism back to my family.

Finally, I dunked myself in the mikvah three times and said the bracha.

While I was underwater, I cherished the silent moment. All the struggles, all the adversity, all the questioning of my Jewishness only prepared me for life as a Jew. I knew that now I would not only be judged by Jews, but non-Jews as well. As I came to the surface and saw the faces of three bearded men, I finally said to myself, “No one can take away my Jewishness. I am a Jew.”

They gave me loud hearty “Mazel Tovs” and handshakes. I chose the name Akiva Micah Ben Avraham Aveinu. I signed the conversion document and walked out of the unfamiliar shul to my car. The three rabbis got in their cars and drove away, leaving me to process what just happened. I was standing in a strange parking lot, in a strange town, and, yet, after 34 years of living, I, for the first time, finally felt like I was home.

However, there was something askance in the book:  the focus on Ohiso’s work as a social worker with elderly Holocaust victims in New York City.  I know, I know it’s a parallel to becoming a new Jew and all the oppression, etc.  But honestly?  I have read enough books focusing solely on the Holocaust to fill the Big Synagogue in Jerusalem. I am infinitely more interested in the thought process of a convert, especially one with such a diverse background.  Jewish Holocaust survivors have their own place, but not in this book.  The attention felt divided.  Additionally, there was some political discourse that I felt was out of line with the general tone of the book.

Overall, though, it’s a great story, and a great coffee table book because of how tight the graphics are.  If you are interested in A) The thought process of converts B) Different perspectives on Judaism and C) Cute baby pictures, this book is for you.  It is a clear labor of love.

You can purchase Surviving here.