You may remember from some time ago that I read Shush! Growing Up Jewish Under Stalin by Emil Draitser and reviewed it on the site. Recently, I had the chance to interview Dr. Draitser, a Professor of Russian at Hunter College in New York City.  I asked him all the questions I was yearning to know from his book, ranging on topics that both had to do with Russian Jewishness and writing a memoir.  The memoir bit, was, of course, strictly for my own purposes of writing the Great American Novel.  That I’ve been writing since I was 12.  One sentence per year.   A big thank you to Dr. Draitser for taking the time to answer my questions. 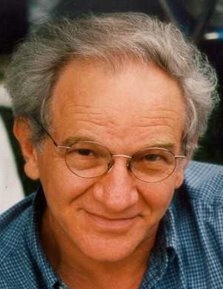 VB: In your book, you write that you used to say “Jewish” at a whisper in the United States.  Has writing this book helped clarify this issue for you?  Or do you still subconsciously act this way?

ED:As many memoirs do, writing Shush! had its therapeutic effect on me, that is, it cured me of lowering my voice when saying “Jewish” in America.

ED:** Childhood memories are, by and large, the most vivid for most people. It’s natural considering how impressionable and inquisitive a child’s mind is. Some scenes in Shush! are obviously recreated, more accurately, arranged and structured. For example, I may have had dozens of conversations with my father on Jewish names or other topics. It’s only natural that, for the purpose of a narrative, to compose a scene, I had to select lines from a much larger pool.  No matter how you slice it, writing a memoir is a literary undertaking complete with organizing material by its logical, dramatic or thematic unity.  You can take stream of consciousness only that much.

VB: You write much about the evils of the Soviet system, the stifling environment, and the oppression, which was something my family dealt with as well when everyone in my mom’s family was fired from their jobs as they tried to make aliyah for the first time in 1980.  Did you ever consider going to Israel?  Why/why not? **

ED:** I considered going to Israel. A letter from my friend who had emigrated earlier stopped me. He wrote that, after getting a bank loan for a house, you couldn’t  leave the country until it’s fully paid. True or not, it scared me. Getting out of the Soviet Union in 1974 was an overwhelming emotional experience. The very prospect of having hard time to leave from another country, even theoretically speaking, made me sick to my stomach. I thought that after settling down in the U.S., I would visit Israel and find things out for myself. But that never happened. I travelled to Israel later on, but my life in America had already taken an unexpected turn.

VB: Is being Jewish more of a cultural, ethnic, or religious designation for you?  Do you think it is strictly one or the other?

ED: Well, for me it is primarily cultural and ethnic, but I think there’s a connection between Judaism as religion of inquisitive mind that somehow most of Jews inclined to split hair in any issue. Look at the great Boris Pasternak, who resented the very fact that he belong to Jewry genetically. Yet, he writes in one of his poems: “I want to get to the bottoms of things in everything.” It’s not an exclusively Jewish trait but it is most often present in Jewish mental make-up. I believe it’s a hereditary trait that had taken root in many centuries of scholastic studies to which Jewish children were exposed from as early as three years of age.

ED: A huge difference. Growing up in the USSR made you abhor any kind of social activity. Most of it was “voluntarily-compulsive,” that is, you can refuse to go to a Saturday volunteer cleaning of the courtyard of your government setting, but you better not. You’d be considered “politically inactive” and, therefore, suspect of having weak moral fiber.

American Jews find it normal to be active in their community for such activism is based on the underlying Protestant culture of the country adopted by the Jews. Russian Jews grew up in a culture that embraced the precepts of Christian Orthodoxy, in which not immediate deeds, mere contemplation of God’s designs, is considered pleasing to God’s heart. Don’t take me wrong: such values give birth to  such attractive human qualities, as kindness, naturalness, good disposition to others, etc. See Ilya Oblomov, the hero of Goncharov’s novel as a good example of such a man. But, for God’s sake, the guy spent most of his waking hours lying in bed…This hypothesis about the roots of the differences between American and Russian Jews belongs to Russian-trained sociologist Sam Kliger. I tend to concur with him.