Do you have a very sassy New York-born Jewish grandma?  Chances are, she is exactly like Anna Schwartz.  Except in addition to being sassy, Anna Schwartz is also a noted and very knowledgeable American economist, collaborating with Nobel Prize winner Milton Friedman on their seminal work about the Great Depression, A Monetary History of the United States, 1867 – 1960.   The book is very detailed and criticizes government intervention during the Great Depression and its aftermath.   You can  read parts of it as a Google Book here.  This book changed the way many people thought about monetary policy and shifted the viewpoint that looking at money activity was not important to how the economy worked. 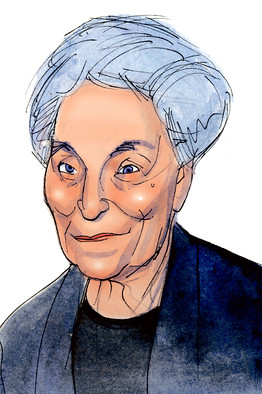 Please make me some matzah ball soup. Then school the Fed.

Anna Schwartz is often not mentioned in lieu of Milton Friedman, but she contributed in equal parts to the research they conducted together.  You can see another piece they wrote, specifically focusing on the Great Depression, here. That was in 1963.  Schwartz, at 93,  is still working full-time at the National Bureau of Economic Research where she started her career in 1941.  Marketplace’s Kai Ryssdal recently interviewed her on her thoughts about the Fed’s handling of the current economic crisis.

She brings up some great points, on the transparency of the Fed:

The market is just bewildered. Bernanke came into office insisting that the Fed would be much more transparent than it had been in the past. But I don’t believe that it’s lived up to that. If the market understood what the Fed was planning in each case, and could see a design, then I think the market would have reacted much more positively.

I remember when we went to the Federal Reserve as part of a field trip with my university Economics Club (where I was the Vice President.  Don’t laugh at me,) and I got to sit in Greenspan’s chair as one of the Federal Reserve governors told us about the Reserve’s plans to become more transparent, primarily by releasing the minutes of their meetings to the public, earlier.  I remember then I was impressed, and defended the Fed’s plans toward transparency all the way to the end.  But, like Schwartz tells it, this isn’t happening. 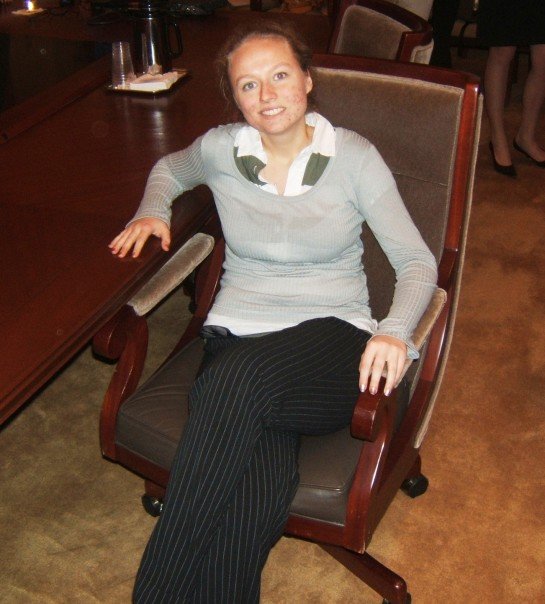 As many economists know, transparency is key to free market functionality, and essentially, the big problem that brought down credit default swaps: no one knew what was going on with them, hence, they couldn’t be valued correctly.

She also is not happy at all with what Bernanke is doing:

Ryssdal: It sounds like you’re frustrated with Chairman Bernanke and the White House, that they maybe haven’t learned the lessons of history that you and Milton Friedman wrote about.

SCHWARTZ: Well, I think that that’s a fair statement. Considering Bernanke’s background, you would have expected a much more, should I say a tidy kind of performance by the Federal Reserve. Seemed to be something that was ad hoc and introduced without considering all the implications.

It’s one thing when TV pundits that don’t know much about economic policy criticize or praise government actions to reverse the recession.  It’s another when you are schooled by someone who could be your grandma, if your grandma had a Ph.D. in economics and was one of the foremost monetary policy analysts in the world.