One of these Nutellas is not like the other

Nutella is my crack.  I like to run laps just so I can eat Nutella.  I’m a slave to the hazelnut.  So, when I was eating Nutella out of the jar with a butter knife, shamelessly  the other day, I noticed something.  Take a look.  Do you see it? 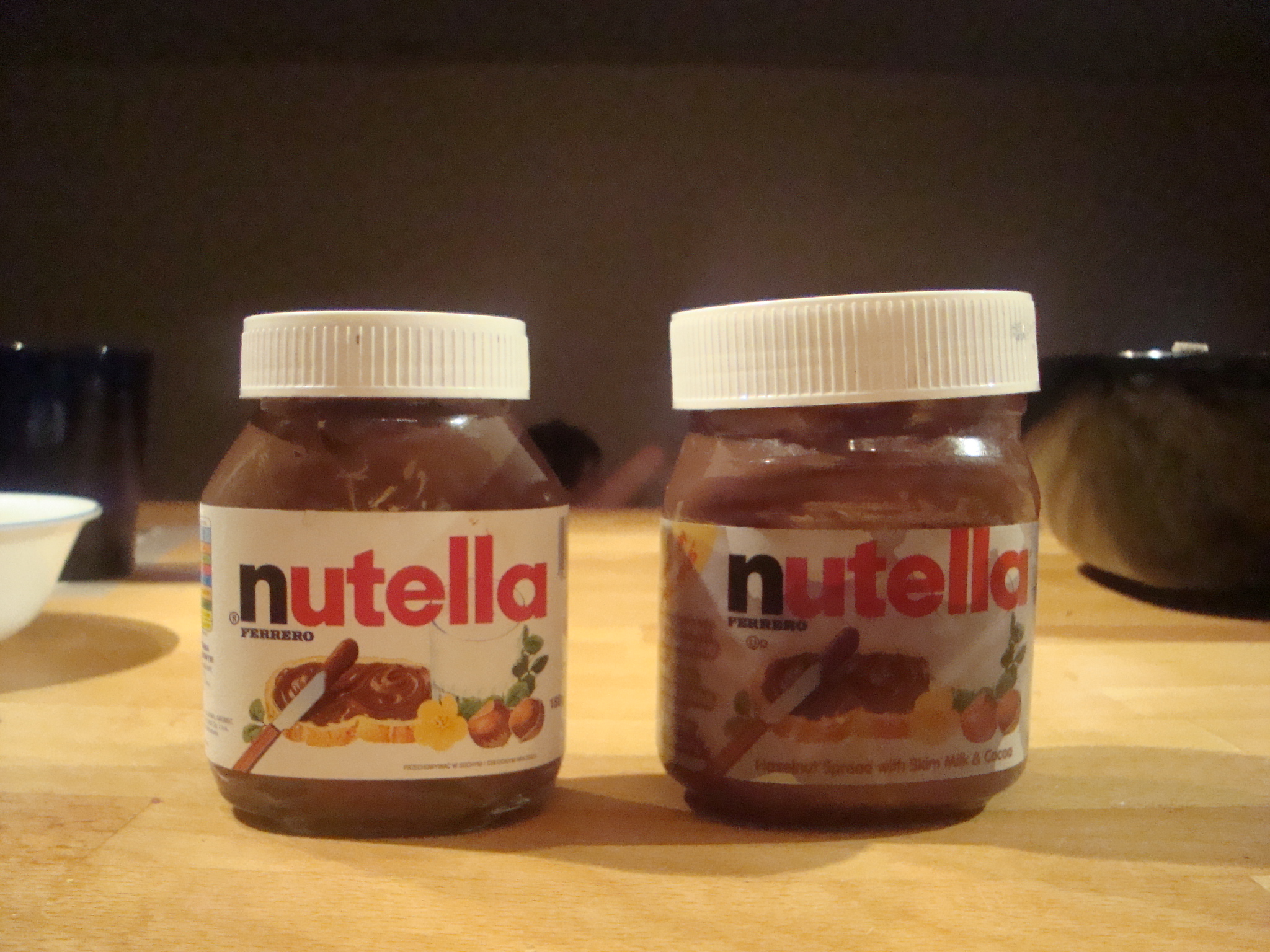 No, it’s not the fact that I hoard Nutella jars like a crackhead. 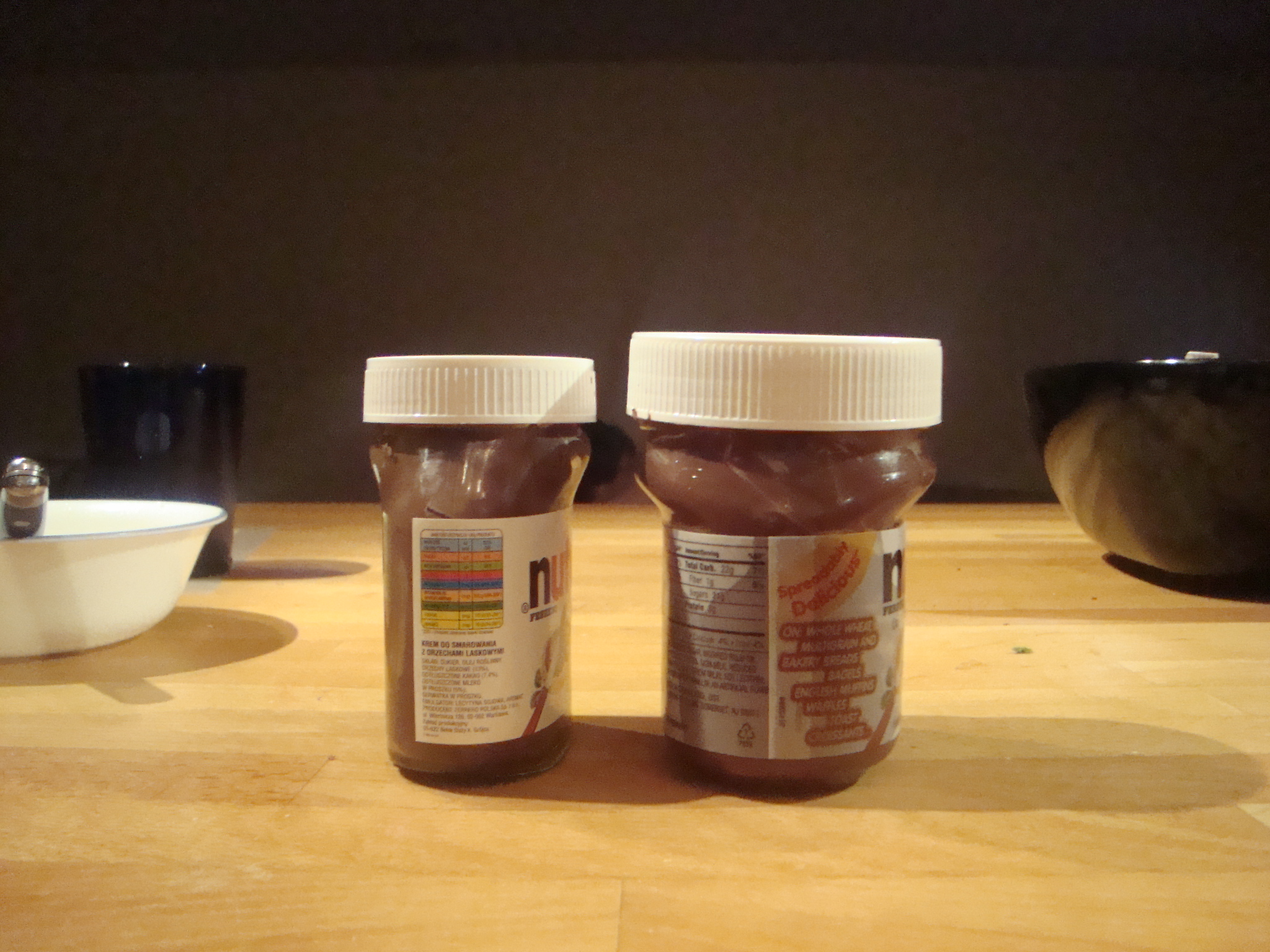 Yup, the European one is much smaller.   Figures.  But why?  Everyone knows French women don’t get fat. Why can’t we have the same serving sizes in the United States?  Is it a combination of culture plus some sort of economic benefits of economies of scale of producing larger jars of Nutella?   Is it because Europe itself is smaller, lending to smaller houses and smaller portion sizes?

Leave your thoughts in the comments.