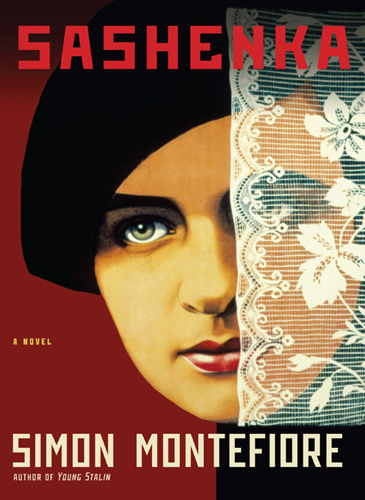 When I was little, and even through today, my mom used to tell me, “Don’t be so serious, Klara Tsetkin!”  Who, of course, was a feminist and very political woman, subsequently banned in exile to the Soviet Union, where she died. I was never really as hardcore as she was, but I was very serious in my belief of equality for women in everything that encompassed short of calling myself a feminist.

Well, Sashenka (diminutive of Alexandra in Russian) Zeitlin in British Jewish historian Simon Montefiore’s novel, is Klara Tsetkin times a million.  And her story is breathtaking.

It starts on a dimly-lit street in St. Petersburg (which later becomes Leningrad.)  Montefiore writes,

The winter darkness in wartime St. Petersburg had a sticky arctic gloom all of its own.  The feathery snow muffled the sounds of horses and engines but the burning cold made the smells sharper: gasoline, horse dung, the alcohol on th ebreath of the snoring postilions, the acrid cologne and cigarettes of chaufferurs in yellow-and red-trimmed uniforms, and the flowery perfumes on the throats of the waiting women.

From the very beginning, you know you are in for a ride that will take your imagination to places snowy and secretive, lush and tropical, and terse and ideological.  Sashenka Zetilin is a Russian Jew.  (I am obviously a very discerning reader), but her family has gone from the shtetl to the bourgeoisie life of aristocrats in the city of St. Petersburg.  Her father , Baron Samuil Zeitlin, her mother Ariadna (formerly Finkel) Zeitlin, and her darling British nurse Mrs. Lewis, all inhabit a comfortable sleepy world for her while Montefiore works overtime to brush in the details of Revolutionary Russia.

Inside the baron’s study, Lala could savor the leather and cigars even through her tears.  Dark and lined with walnut, the room was crammed with expensive clutter and lit by electric lights in flounced green shades.  Palms seemed to sproud up every wall.  Portraits suspended on chains from the ceiling looked down on sculpted heads, small figurines in frock coats and top hats, and signed sepia photographs of the Emperor and various Grand Dukes.  Ivory fans, camels and elephants mingled with oval cameos lined up on a baize table.

All of this drastically changes as Sashenka becomes involved in Marxism through her uncle Mendel.  The first third of the book takes you through her youth as she, Mendel, and others struggle in the dusk of the tsarist era to build a Marxist government. 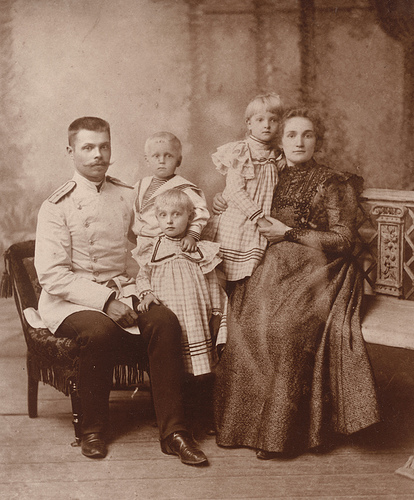 In the second, we see her at the height of glory as one of the inner circles of the party.  The third part of the book is devoted to the post-Soviet Moscow of 1994 and Sashenka and her family after the collapse of everything she worked her whole life for.  Throughout, Montefiore provides rich detailing and characterization of Sashenka and her world. 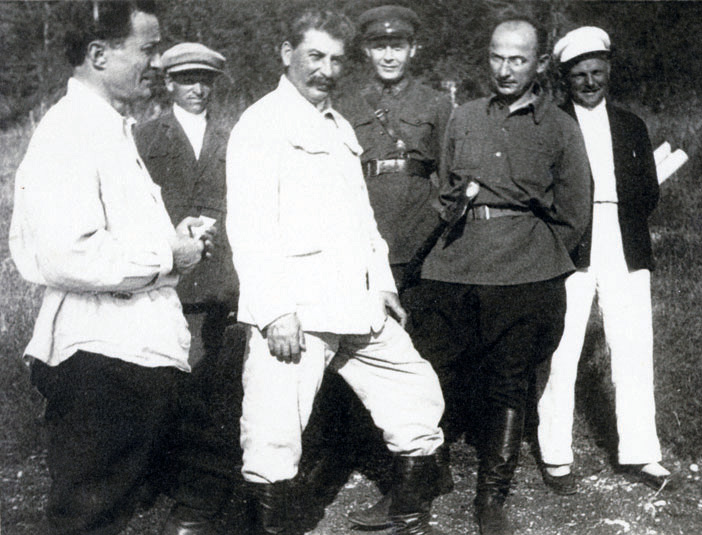 For anyone interested in history, particularly of the Stalinist era, this book is amazing.  Montefiore describes the look, smell, and feel of Russia in an epic novel spanning almost 100 years in scope and featuring an incredible amount of cameos, including Stalin and his wretched henchman Lavrenti Beria, at whose hands died hundreds of thousands of innocent people.

Montefiore is a master in several respects. First, this book is one of the only that I’ve read where, when Stalin entered the room, I visibly tensed up. The author creates an extreme amount of atmosphere in a skillful and extremely detailed way.   Second, he is extremely well-researched, and he has a vested interest; his grandparents ran, ran, ran far away from the Russian empire as it was collapsing, and he has to date already written several books about Stalinist Russia.

And third is the reason many readers fall in love with books-because they can identify with the characters.  I’ve completely identified with Sashenka and her dedication to a single cause.  She is independent, powerful, honest, and unyielding, even in the face of difficulty and extremely unbearable human circumstances that were present in 1950s Moscow. The last images of the book, those of her strength,  are ingrained in my mind.

Read Sashenka for three reasons: 1) To read an epic book 2)To catch up on some history and 3)to get an idea of what people went through during the first half of the 20th century in Russia.  They must have been superhuman.