The Women of Kabul: A Shakesperean Tragedy

I’ve become obsessed with Afghanistan, lately. Actually, it’s been going on probably since sometime in high school, when I wrote a sad little short story about how a Soviet soldier got killed in the mountains, all alone, without his friends there to back him up (I was a pretty intense kid.) It escalated, first when I read The Kite Runner, then The Bookseller of Kabul, and was watching these videos of the Soviet invasion. I think this is exacerbated by the fact that Afghanistan was always “far away” and “out there,” but an issue very close to the heart of my parents’ generation in Russia, especially since 11/10 boys sent there didn’t come back and it was this war that really bought the Soviet Union to its knees.

Lately, I’ve been finding myself really drawn to finding out everything I can about Afghanistan. I’m not sure exactly why, but it’s probably the same reason I wanted to go to North Israel during the war of 2006 with Lebanon (but ended up being too chicken) , and the same reason I’m drawn to the fact that Iraq is experiencing its first tourists. That’s why the movie we saw a couple days ago really touched me. It’s about a doctor who escaped from Afghanistan in his 30s, but keeps going back, through the Soviet invasion, the Taliban, and now the no man’s land that exists, just to provide training and healthcare to regular Afghanis. His daughter makes a film about him. That film is called Motherland Afghanistan.

He keeps going back. Through all sorts of hardships, and even though he’s getting older and clearly has a comfortable life in the United States, he keeps going back. It’s hard to understand exactly how torn apart Afghanistan is, even though the movie documents some of the poverty, really, it’s mind-boggling that people could live like this. And I come from a country where everyone we knew washed their clothes by hand because washing machines were too expensive. As they go through the movie, it’s sad and important and really reminds you that when you complain about work, you’re really not complaining about anything too significant compared to what these women go through, just to get treated or to give birth.

What’s most incomprehensible to me is the complete deconstruction of society, in a Heart of Darkness-type style,a descent from a country that used to be a tourist attraction in the 1960s, to one where, today women are beaten senseless by imams because they are having seizures and their family thinks they are possessed by the devil. It doesn’t make sense to me how a society can completely revert to anarchy, and it’s something that Hosseini delves into in The Kite Runner, as well. And the worst part is I imagine it could be me or my daughters or relatives, in the same situation. And it’s horrifying, because there is literally no way out for these women, all because of societal patriarchal structure. The women of Afghanistan are often the discussion of a group of popular books that have cropped up lately:

Three Cups of Tea; The Bookseller of Kabul; The Women of Afghanistan Under the Taliban; Zoya’s Story; Kabul Beauty school; etc.

I’m not saying that these aren’t great books. But often, I think we have the tendency to fetishize far away and exotic places. “Oh, wow, you’re from Afghanistan? Or Iran? How is the world over there? ” And the element of human understanding, particularly for women, goes away. I think that we (including me) tend to see the Afghan women as just shapeless burqas, doing whatever their men tell them, suffering quietly, and being used to living a medieval lifestyle. This is the impression I got when I saw Osama, a very, very hard movie from post-Taliban Afghanistan about a girl who poses as a boy during the Taliban era , just not to get caught:

The documentary about the doctor, Motherland Afghanistan, removed a lot of this for me as I got to see the faces of Afghan women. And guess what? They’re just like us. Professional doctors, writers, designers, etc. What really put it into perspective for me is some pictures I was looking at from before the Soviet invasion, before the Taliban, etc. 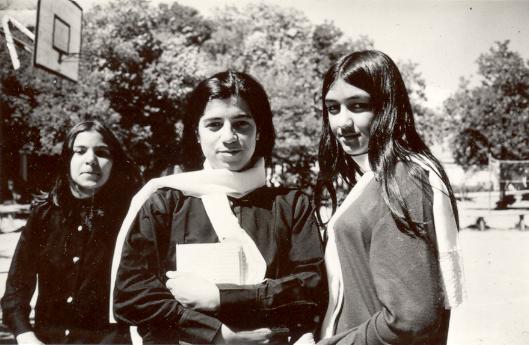 A modern, thriving country. Gone to hell because of political machinations. And now, where is the way back? I hope this family doesn’t mind me using their picture, but it’s just so beautiful: 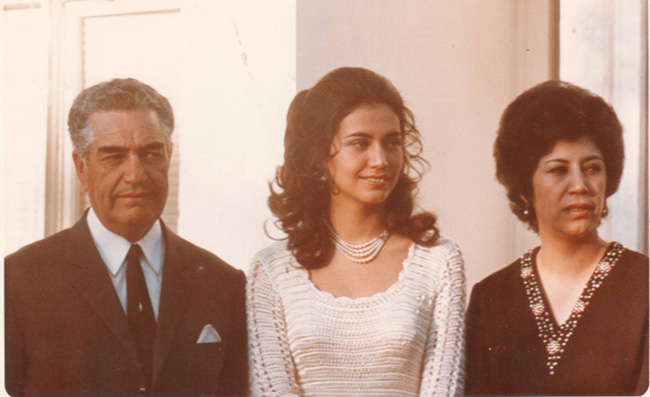 This picture is from 1971. There is so much hope. I think that is what really attracts me to the whole situation in Afghanistan, as a writer, someone who observes human emotion and interaction from their antisocial sidelines. That there was so much hope and promise, and then everything went wrong. And these people were exactly the same immigrants as us. But for some reason, Americans see Afghanistan now as one huge, dim, blurry cave next to Pakistan where the only people fumbling for a light are Osama bin Laden and Hamid Karzai, which, no one is really sure what he represents. We know nothing of the real Afghanistan, slumbering under the layers of dust of radicalism. And that’s what intrigues me so much.

How did we go from these pictures, to this: 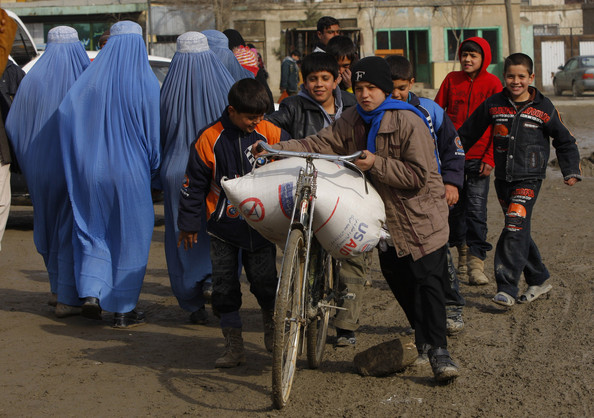 I don’t know any of the answers. I’m just feeling useless and reflecting. By the way, if you want to help the women of Afghanistan, even with a drop in the ocean, here are some links to help.

Shuhada (The Charity in the documentary..they’re hard to get in touch with, though…I’m still waiting for an answer)