It’s not often that I am into the same movie that Dan likes.  So, when he picked to see Taken, I was pretty annoyed.  I definitely do not like action movies.  I am more the weepy foreign film/horrendous comedy type of girl.   So I was surprised that I really ended up liking it. 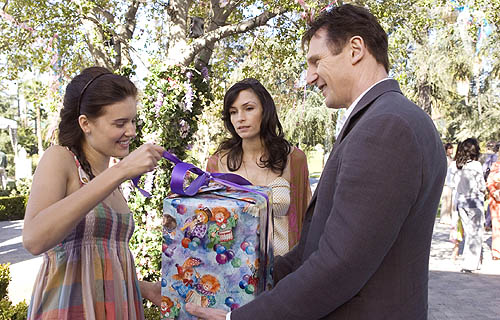 Anywhoo, Liam Neeson is a carpet for his daughter and will do anything for her, especially after being away from her for so long, going on special missions in Beirut. 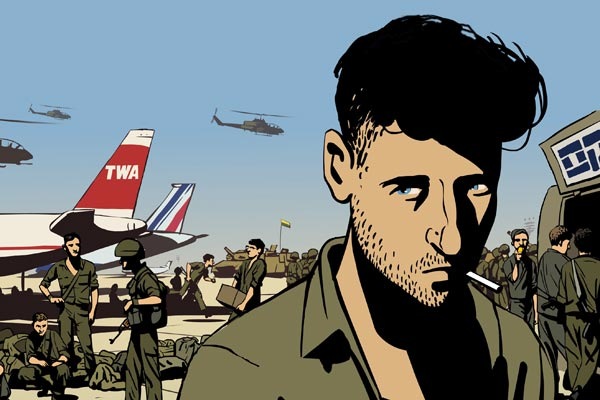 Whoops, sorry, wrong movie.  Anyway, his friends find him and reminisce about the good old days killing Arabs and other noncompliants and such.  Then, he does some bodyguard duty for a famous singer as a side gig and calls his daughter to give her the hookup to singing. However, at the restaurant, she gives him the news that she was invited to Paris with her bratty friend.  “BUT DADDY! EVERYONE GETS TO GO TO PARIS!”

This was a discussion similar to one I had with my parents.  However, I think I had an easier time convincing them to send me to a country where I had a 90% chance of getting skin cancer then she did sending her to Ol’ Paree. There I am, all lobster-y on the left on the beach at Tel Aviv. 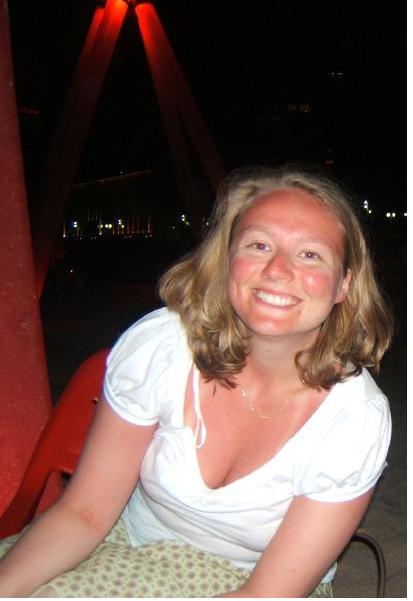 Anyway, Liam’s Spidey sense of course goes off, not only because it’s his daughter, but because she’s retarded and has no survival skills.  For example, she lets strange men give her a ride to the loft she is staying at, AND tells them her address.  Also, she does stupid teenager-y things like pose for pictures in front of the airport with her friend. 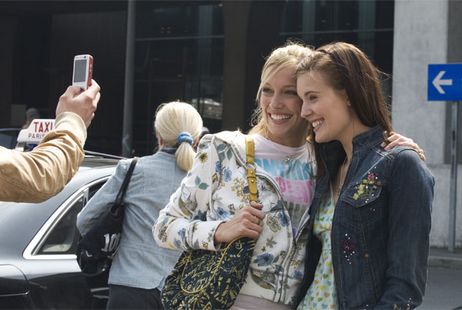 Everyone knows you don’t get any good backgrounds with the concrete! Naturally, because her friend is blonde and stupid and is not afraid of STDs from French men, both her and Liam Neeson’s daughter get kidnapped by Albanian sex traffickers.  This is where Liam turns on the badassery that he used to know as a special ops agent to help get his daughter back from the Albanians, who are Bad. 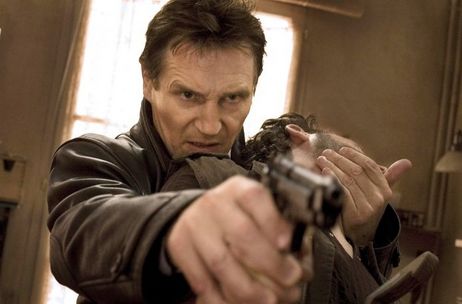 OH YEAH.  Go Liam.   So, anyway, I won’t tell you how the film ends, but it’s pretty exciting in general. I never even thought of Albanians as sex traffickers.  I was actually kind of offended that it wasn’t the Russians.

Anyway, this movie is really good in actually portraying what sex trafficking is, without being too preachy about it and forcing you to GO DONATE TO AMNESTY INTERNATIONAL right now.  If anything, I think the movie shows how you can’t go through normal means to fight any sort of evil in the world, but how you always need some sort of in. It also raises awareness.  Unfortunately, I’m not sure what this means for us normal people.  How do we go about stopping it?  All I know is that I would probably try to call Liam Neeson.