Turtle quandary and the fight between Hebrew and Yiddish

I’ve been all around with clients, caught up in Valetine’s Day, and generally thinking of other good excuses to slack. For today, I have two deep questions to ponder. The first, is shown below: 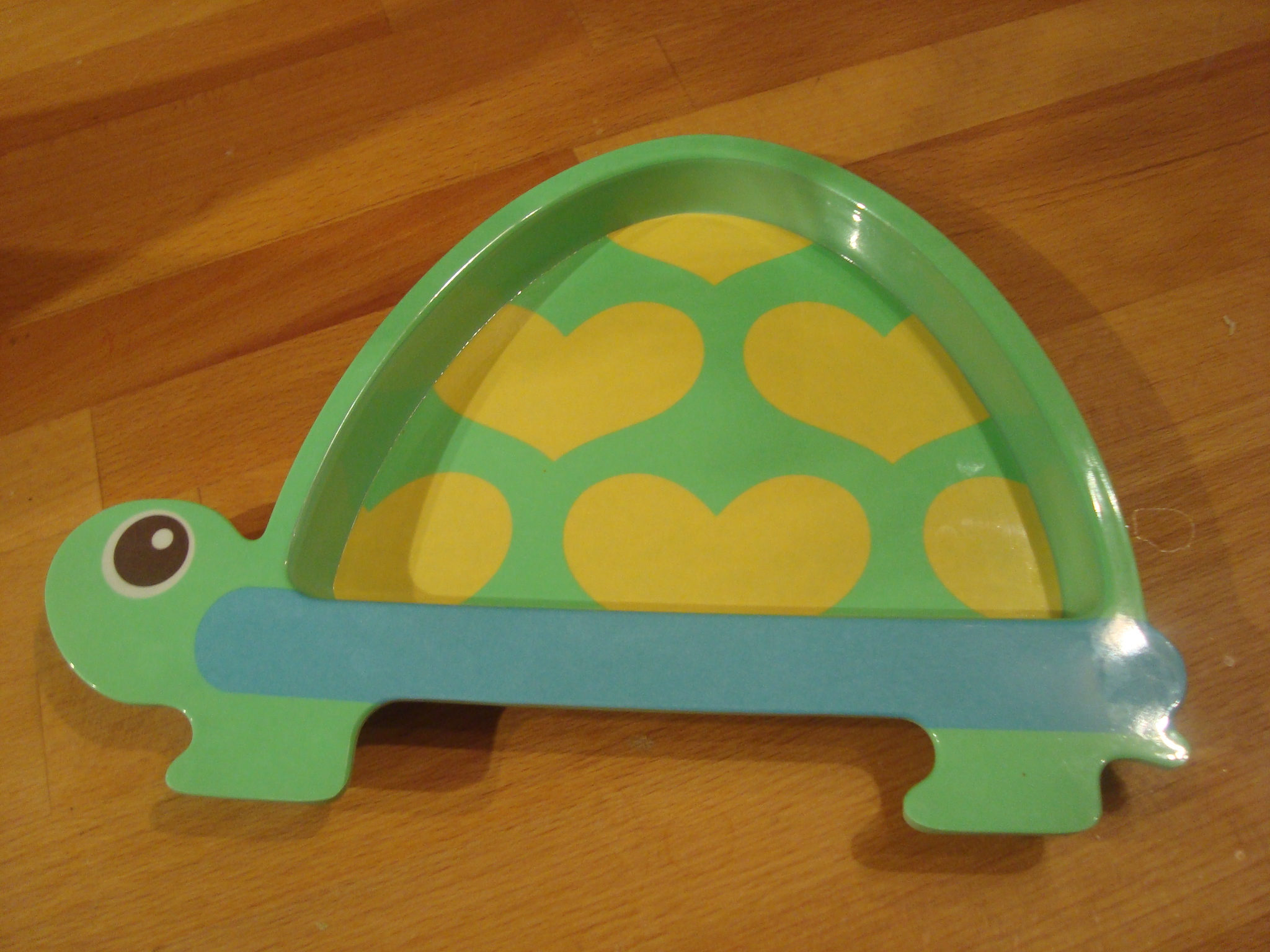 What the heck do I do with this turtle? I bought it at Target at their after-Valentine’s-Day sale, and thought it might be useful as a serving dish, as well as possibly a change collector, a wall decoration, an impromptu plate, and possibly a planter, although I don’t think it’s deep enough. What do you think I should do with this? It is too cute to sit in storage.

And the second quandary concerns the Yiddish versus Hebrew debate, which apparently, has been raging for quite some time now. So the main deal is that Hebrew was established almost single-handedly by Eliezer Ben Yehuda, who believed that, as Israel was created, Jews should have a single language to unite them. The reason is that because Jews had been in the Diaspora so long, they had formed their own languages or had assmiliated into the languages of the countries where they lived, making the debate for a national language in Israel a veritable one.

Many religious Jews objected to the use of Hebrew on its basis as the “holy” langugage of the Torah, making its use in every day life too profane. These Jews still believe in stoning people that don’t dress modestly enough in their neighborhoods. 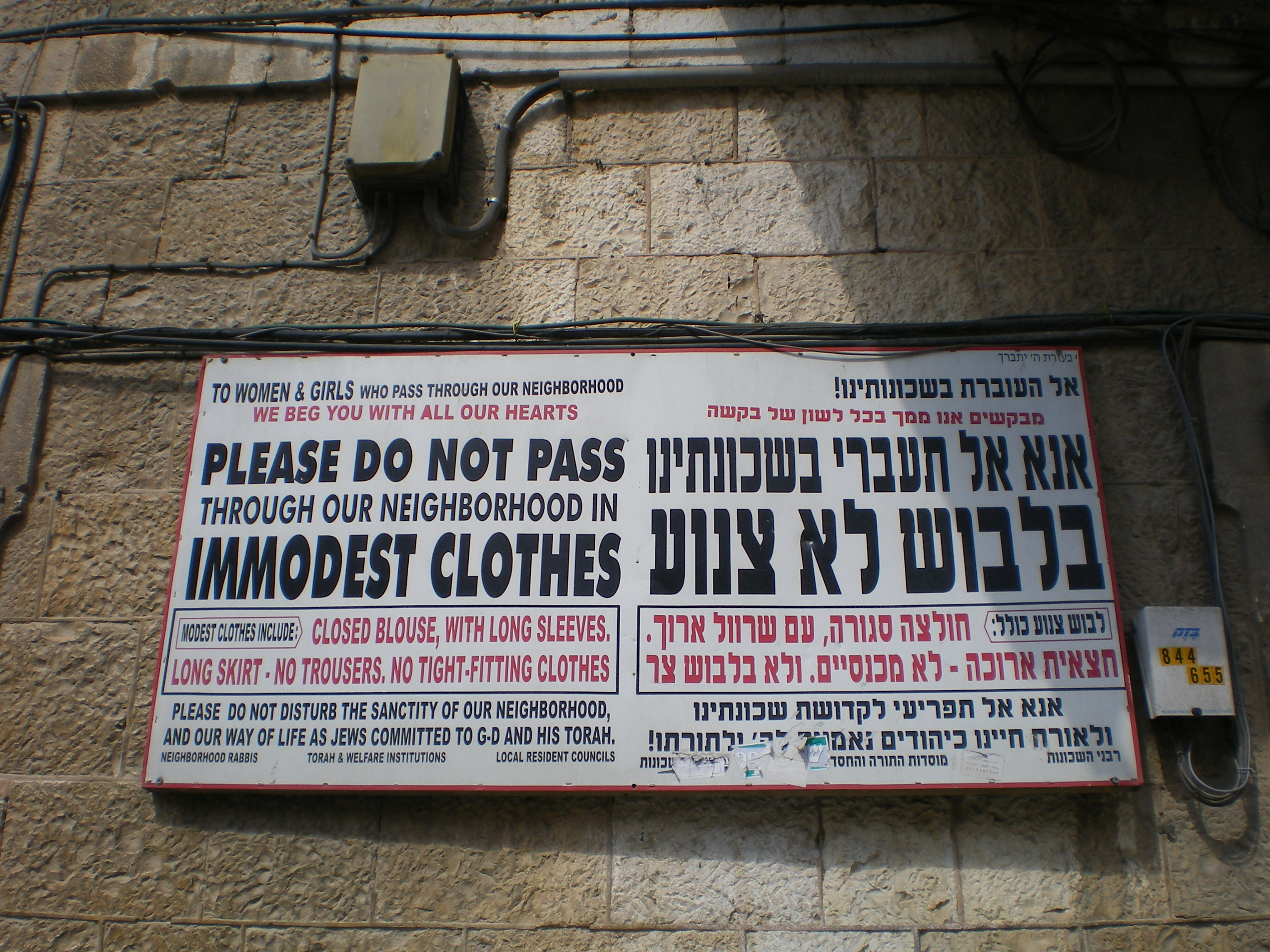 So, anyway, my position on this whole thing is pretty clear, since I half-taught myself, half-took in college Hebrew so I could feel more connected to being Jewish and now use it on a somewhat regular basis to make snarky comments about random people on the street.

The fact that Yiddish is almost a dead language was pretty much, to me, a moot point, until I saw this article:

Hebrew is the language of the state of Israel and the Bible, but a growing number of Jews around the world are reclaiming Yiddish as the language of their culture, creating a rift with some Hebrew speakers. Before the Holocaust, Stalinist persecution and mass assimilation, Yiddish — a fusion of German, Hebrew, Slavic and other languages — was the daily language of 11 million people.

Which leads to the question, why would someone want to speak Yiddish by choice? I always referred to Yiddish half-jokingly as the language of the oppression, when Jews were not free to make their own choices and had to cobble together a language from Russian, German, and Hebrew, which sounds just as horrible as it looks. Yeah, my grandpa speaks Yiddish and I consider it an important part of my heritage, but really, I want to stay as far away from it as possible.

Here is one possible answer:

“I’m all for my kid learning Hebrew, but Yiddish is a diaspora language just like I’m a diaspora Jew,” Berger said.

Yeah, I never really felt close to Hebrew as I did to the Yiddish sayings that my mom exasperatedly exclaimed all throughout my childhood. But the more I studied it, the more beautiful it became to me, and the more I associate being Jewish now with knowing Hebrew almost more than anything else. To me, Hebrew is a poetic, graceful, moving and flexibile, macho language; the sabra, whereas Yiddish is the old, almost feeble Jewish sage, ready to retire from the world.

Yiddish words, to me, always seemed like crippled ineptitudes of Hebrew words cobbled together through the filmy frame of the past. Balabusta comes from ba’alat bayit; bris comes from the much more steady brit; goniff comes from ganav; Shabbos is really Shabat; and yontif is really Yom Tov. To me, they sound dischordant, weak, useless, in place of the strong Hebrew words that form them.

But hey, if you can have Yiddish Cat in the Hat, why not?