Mr. B and I will have been married for almost five months, so I think at this point, it might be a good time to discuss shlom bayit, or the concept of maintaining peace in the household that is so integral to Jewish marriage, both from a perspective of LOVE and from a perspective of being an econ NERD. 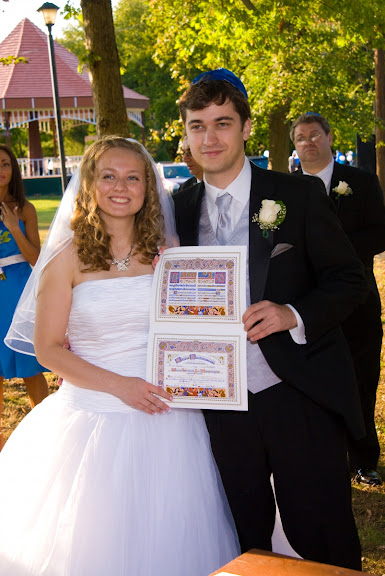 Here we are, all smug and Jewish and almost married.

Mr. B and I do not have any semblance of a Jewish household. We keep the cheese and the hotdogs in one drawer because it is easier. We drive on Saturdays to breakfast diners to eat bacon (well, Mr. B does. I don’t eat bacon so that I can tell people that I keep kosher and feel pretentious. I told you before I was a horrible person. I still am. ) We put up two mezuzot in our house to make us feel good about ourselves and to make my mom cry every time she sees it and remembers her non-mezuzah household in the Soviet Union where being Jewish was illegal. I lit candles once for Shabbat and said the prayer and immediately afterwards, Mr. B was as freaked out as if I had told him he had to light the candles with sheer mental concentration.

However, some Jewish household concepts are still important to me, including shlom bayit, which basically entails,

household harmony and good relations between husband and wife. In Jewish thought and law, domestic tranquility is an important goal and many things are permitted for its sake. For example, one of the rare situations where Judaism condones lying is a “little white lie” when to tell the truth would cause more discord than the truth.

It’s not the white lies that interest me so much because I am a HORRIBLE liar, but just the fact that there are specific principles that are important to keep a healthy, happy, harmonious household. Most of these I’ve learned so far through common sense, or for taking advice from my happily married parents (mostly my mom, who plays around with the idea of divorcing my dad every day but somehow, after almost 25 years, hasn’t quite gotten around to it). But some of this stuff in Judaism is pretty cool:

In Deuteronomy 24:5, it is stated: “When a man has taken a new wife, he shall not go out to war, neither shall he be charged with any business; but he shall be free at home for one year, and make happy his wife.”

I’m glad that the Torah says that Mr. B cannot put on his battle armor and go for another run against Susa and that I unfortunately cannot go and just take Persepolis. What I think more practically it means is that two people shouldn’t be apart much during their first year of marriage because the bonds are still being formed. I like this. It’s cute and practical. Unfortunatley, this means sleepaway Zionist camp is out of the question for me, and Mr. B cannot make piligrimages to Richard Feynman‘s grave.

There are other rules and regulations making up Jewish marriage, many of which are written in that there ketubah that Mr. B and I are holding in the picture. These include facts like the husband is obligated to provide the wife with clothing, bling, etc. The wife also retains ownership of any property she comes into the marriage with. Which means I get to keep my pimpin’ sweet Accord: 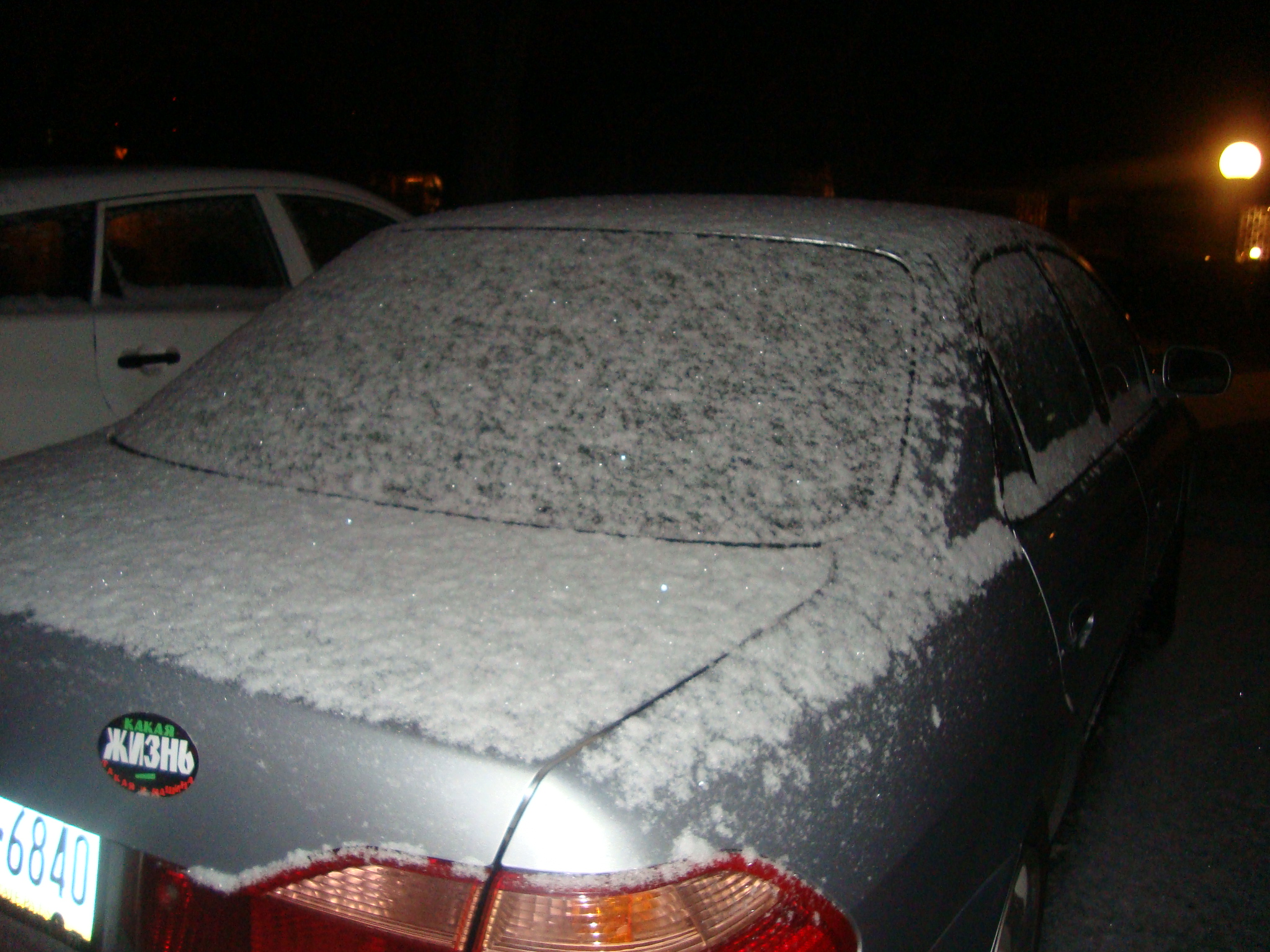 What are the economics behind roles for the husband and wife? That is, why does each get assigned a special role in the marriage? Because of comparative advantage. That is, one person can do things more efficiently than another. Mr. B is much better at washing dishes than me. I don’t know why. So, he does a bajillion dishes in the time it takes me to wash one. I am much better at cooking than him (at least, I haven’t poisoned him yet, which is the most important criteria. ) So, I do the cooking, and he washes the dishes. This is coming from the same principle as Michael Jordan not mowing his own lawn. Why does he hire someone to do it for him? His time is much more valuable than the lawn mower’s. In the hour that the mower mows the lawn for $30 or so, Michael Jordan can earn over $100,000 in endorsements, etc.

Due to the increased popularity of using economics to describe life situations via Freakonomics, there have been several examinations of gender roles within the spectrum of comparative advantage. Here is one, which explains the economics of love and marriage in very unromantic terms, of why we specialize within households as opposed to in outside society,

The Reasons for Household Production. Few couples do; most of us obtain much of what we want by buying it on the open market. The typical family does, however, rely on household production for a considerable range of what it consumes–most meals, most domestic cleaning, much child care and education, and so on. Why are not these things too purchased on the market?

A second reason may be specialization–not in a particular product but in a particular set of customers. The cook at the restaurant my wife and I would go to if we spent less time cooking and more time earning money to pay for going to restaurants may be better at cooking than we are. But the restaurant cook is worse than we are at cooking for us. We, after all, are specialists in what we like. This may be still more true for some other forms of household production.