Mr. T has wisely decided to speak out on the recession and offer some comforting words of wisdom to job seekers: 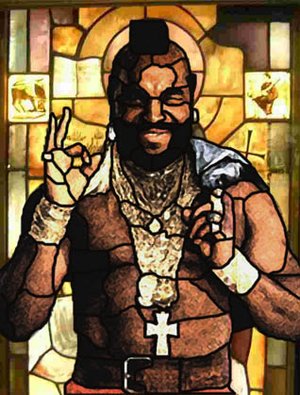 The 56-year-old actor, famous for his tough guy role as BA Baracus in the 80s television series The A-Team, said he was visiting London to show Britons how to be a man and treat ladies with respect.

He said life was about “fair play” and added that he tried to lead by example.

“If you get knocked down, setbacks in life, like applying for a job if they don’t hire you, keep trying, keep getting up, keep doing it,” he said.