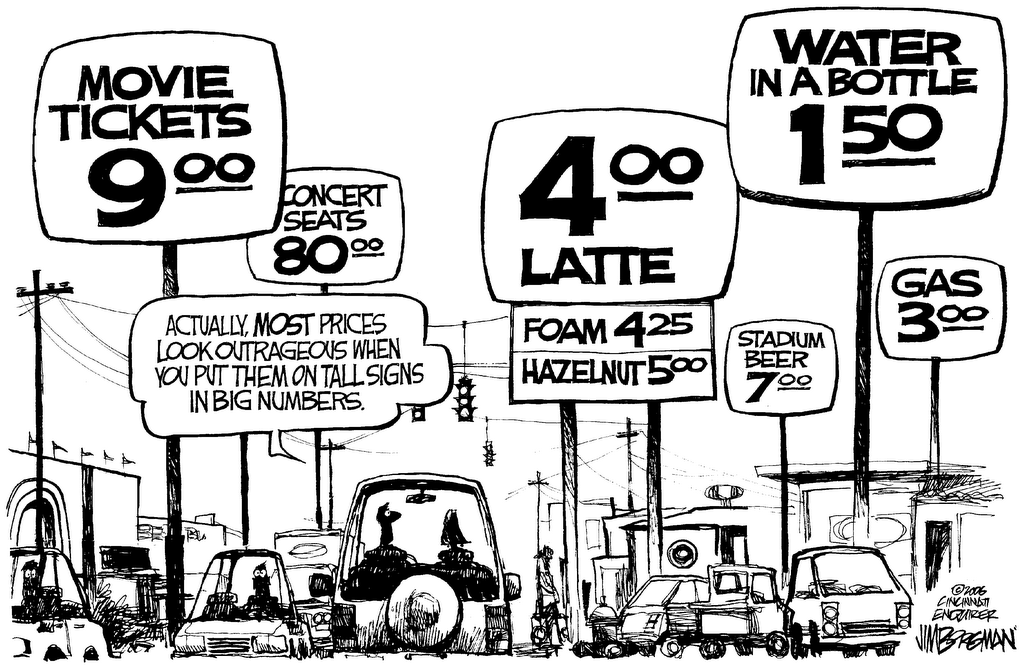 I recently had a client ask me for the difference between real and nominal prices in some data they were looking at. As an economist, this was one of the easiest questions I dealt with: real and nominal prices are one of the handful of pliers and wrenches in the Economic Vocabulary Toolbox that we deal with. However, I remember when I first started taking economics classes, at the crack of dawn (10:00 AM in college time), these concepts were all new to me in my sleep-deprived brain. I didn’t even know there were different types of prices. But, if you think about prices intuitively, it makes a lot of sense.

Nominal prices are the “face” value of an item. Say you have, oh, I don’t know, a pint of Yes,Pecan! Ice Cream (I know, I know.)Let’s say you bought it in 2004, and then it cost you $3.00 per pint. That’s the nominal value, the face value you pay in the store as you avoid the eyes of the cashier and cringe in embarrassment while you buy it. However, let’s say in 2007, hope for Obama’s ability to  restores peace to the Middle East (mainly by allowing Israelis to take over Gaza and the West Bank and setting up cheap “Gaza Strip Club” souvenir-type operations  and settling the Palestinians in Dearborn, Michigan, where 98% of all ethnic Arabs currently live by law,) cure the economic defect simply by glancing sternly at it, and singlehandedly rebuilds the crumbling infrastructure surged.

And as the economy starts growing again, prices rise. This phenomenon is known as inflation. Think about the economy now. It’s clinging by its fingernails to the edge of the toilet. People are desperate and offering buy one get one free CARS. When it starts to get better again, demand will outweigh supply and dealers will not have to make such steep bargains. Consumers will want cars as their salaries rise, causing the prices of cars to rise, and similarly, the price of a pint of Yes, Pecan! At inflation rates calculated by using the Consumer Price Index, that pint of ice cream will cost $3.37 in 2008.   That is its nominal price in 2008.

But what is its real price?  We sometimes call the Consumer Price Index (CPI) a deflator because its job is to deflate, or lower nominal prices to adjust for inflation.  The equation for deflating nominal to real prices is

So, the real price is $2.97, which makes the ice cream cheaper than the $3.00 it cost in 2004, which makes sense, because the economy is doing poorly, therefore the cost of consumer goods (that make up the CPI calculation) is less.