Changing My Last Name: Or, how I totally screwed over feminism

When I got married this past October, I remember the happy times: 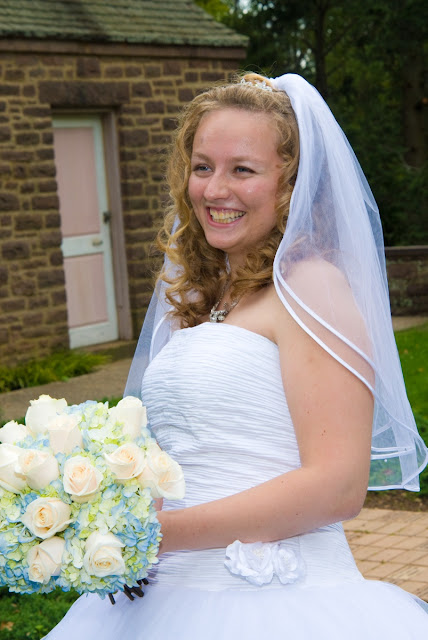 I also remember the not-so-happy times: changing my last name (did I mention, by the way, that I HATE being called Mrs.?) 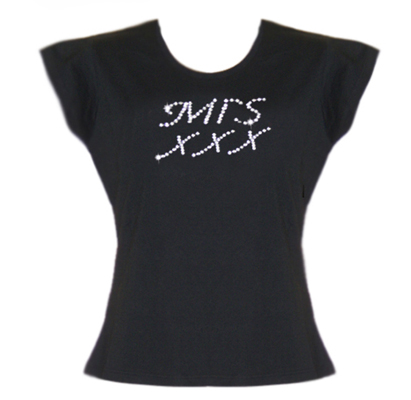 I had this debate in my head for a long time, ever since we got engaged.  Do I change my last name and achieve family unity with my husband, making everything from insurance to office parties easier?  Or do I keep my last name and remain unique and feel like I’m an individual instead of a “Buy One Get One Free” set?

I had many conversations about this: on message boards, on blogs, with my family, with friends, and most importantly, with myself.  My husband didn’t care either way.  Although at first he wanted me to take his last name, he talked with a coworker who told him how much hassle it would be to change my name and he recanted, leaving the decision completely up to me. In the end, I took his last name, Boykis, forsaking Korchagin forever (relegating it to my middle initial, K. in my Social Security card.)

Although now it’s getting close to feeling natural (much like wearing a mitten feels natural), I still feel a little resentful, even though my husband didn’t have much to do with my decision, like I was pressured into it by society.  Because I know that if I kept my name, I would have many of the same issues that the woman in the following Wall Street Journal article does:

Mike ultimately supported my decision. Some of my relatives reacted with outright hostility, however. My mother repeatedly scolded me for childishly using my “little girl’s name.” Ignoring my wishes, she ordered wedding thank-you notes emblazoned “Joann and Mike Pollock.” Those unused cards sat untouched atop her refrigerator for years.

Nevertheless, I was surprised at the slow acceptance of married couples with different last names in business dealings and social settings. The Chicago Motor Club, for instance, rejected my enrollment as an associate member through Mike’s full membership unless I shared his surname.

For years, perplexed party hostesses couldn’t figure out how to introduce my husband and me as a couple. We finally started dubbing ourselves “the Lublin-Pollocks.”

Women have always had this dilemma.  Even for those that choose to keep their last name, they are often alienated, if not by their family, then by society, who expects them to have one name or another.  No matter which decision they make, they end up feeling guilty:

My best friend and her husband hoped that hyphenating their daughter Nomi’s last name would prevent such sticky situations. Instead, she encountered a different set of problems. When she reached her early twenties, new acquaintances “always assumed I was married because of my hyphenated name,” Nomi remembers. “People would say, ‘Oh, you’re so young to be married!’”

Married last year at age 27, Nomi now faces a fresh conundrum. She strongly believes that when she and her husband have children, everyone in their family should share his surname. Yet “it doesn’t feel completely right to give up my name,” she frets. The hyphenated moniker “incorporates my Mom’s and my Dad’s.” Nomi may solve her dilemma by triple hyphenating her name when she has children. However, doing that “becomes a little complicated,” she admits. Her well-meaning parents “put me in a complicated position.”

In the end, it’s really women that lose out.  Even though we say we are past feminism and all that, the last name conundrum indicates that we clearly are not.  Although the name we are given at birth is our father’s, we make it our own and accomplish things with it and make it our own brand name, often times through college and into our first career.  I feel lots of twinges of regret when I Google my old name (oh yes, I’m narcissistic.) and see everything that I accomplished under it.  Now, if I do anything significant, it feels like my husband has something to do with it, even though he is clearly innocent.  The other part that I think is really unfair is all of the document changes to make your name permanent. On the other hand, if you don’t take it,

But changing my name full stop felt dishonest, while keeping my own name felt weirdly disrespectful to both my husband and any of our future offspring.

It’s almost cliche now to say that your name is part of your brand and image, but it is.  And when you change it, everything associated with it changes as well.  This is more acute for me as a writer who constantly deals with words and their meanings, but true for everyone, I think.  One of the most significant downsides to changing my last name is that Korchagin is distinctively Russian, at least to those familiar with Russian last names, constantly leading to conversation starters, even through mispronouncement, whereas with Boykis I simply blend in.  While this is somewhat welcome, I am used to standing out and so can be a little disconcerting at times.

I am still getting used to my new last name and still going through a bajillion document changes, I think as of now that I made the right decision because ultimately my children will take my husband’s name anyway, and I think people that hyphenate, while not pretentious, give out an air of pretention on first impression.  And my old last name is still a part of my name, as my new middle name (I didn’t have one before.)  When I am feeling especially defiant, I will write out my full name on checks.  Then watch as people struggle. I am a bad, bad person.  Forget you know me.